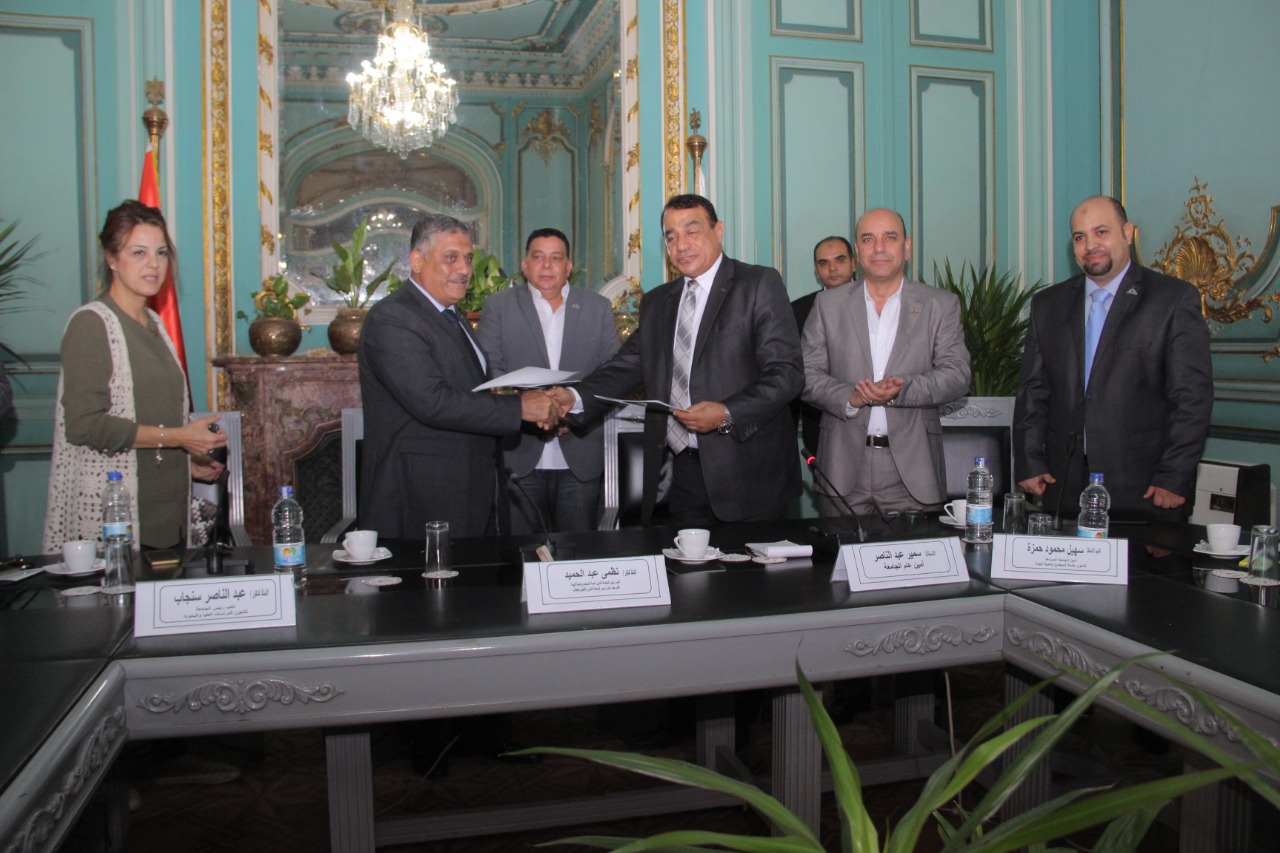 He added that the first step of dealing with the company will be through the comprehensive development convoy that will be launched by the university to Beni Suef governorate on the twenty-eighth of November, pointing out that the partnership between the two sides will take place for one year renewable.

Major General Adel Galal Mohamed, Chairman of Upper Egypt Transport and Tourism Company, expressed his pleasure in cooperating with Ain Shams University, one of the distinguished research and educational strongholds of the society. He stressed that the partnership between the two sides will open a wider field for the company's activities.

Mr. Samir Abdel Nasser explained that the company will offer a discount rate of up to 20% on all lines to the cities and governorates of Upper Egypt for faculty members, students and employees, for all holders of membership card within Ain Shams University. These cards will be extracted once the university administration to obtain personally, the administration of the university to send the company's lists to extract membership cards to take advantage of the discount and fee of 10 pounds to extract the card.

The two sides agreed to provide an outlet for the sale of tickets to the company lines of the planned reductions will be based campus.