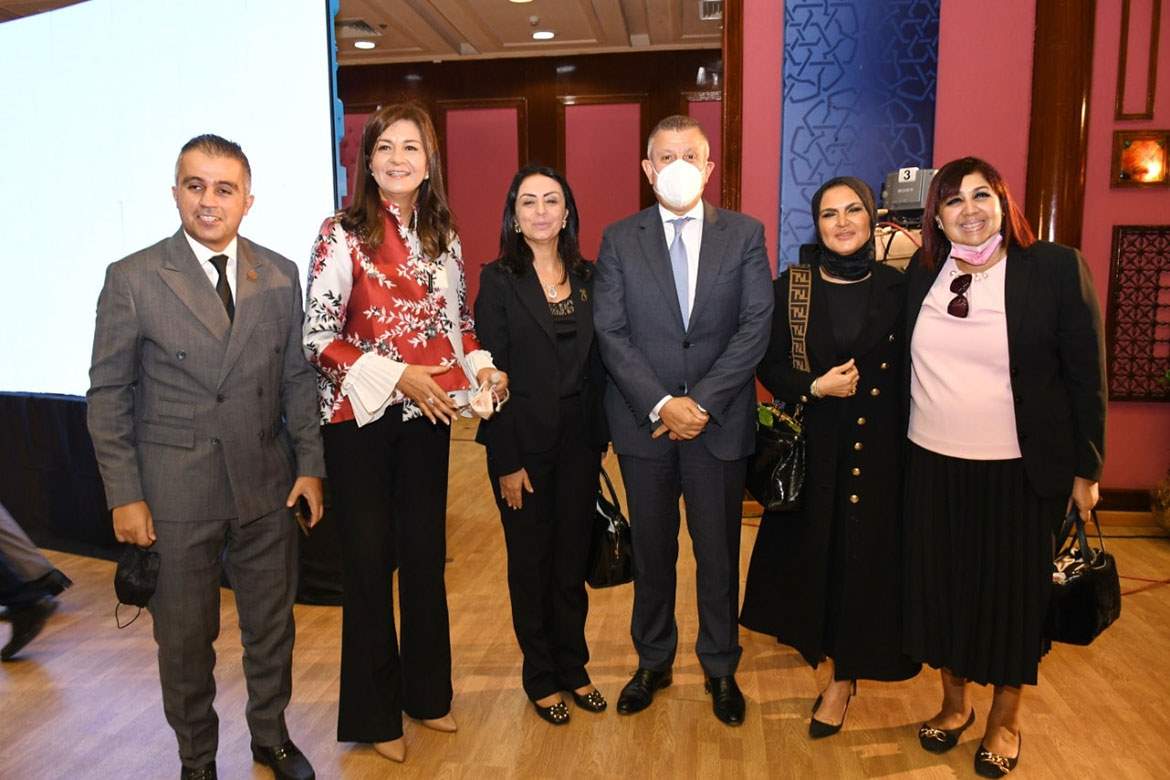 Prof. Dr. Mahmoud El-Metini, President of Ain Shams University, participated in the Egyptian Family House Conference on the occasion of the 10th anniversary of its founding, at the Al-Azhar Conference Hall, in the presence of Counselor Adly Mansour, the former President of the Republic, His Eminence the Grand Imam A. Dr. Ahmed Al-Tayeb, Sheikh of Al-Azhar Al-Sharif, His Holiness Pope Tawadros II, Pope of Alexandria and Patriarch of the See of St. Mark, and a number of Al-Azhar and Church leaders, senior statesmen and public figures.

The events began with the national anthem, followed by a speech by Chancellor Omar Marwan, Minister of Justice, delivered on behalf of His Excellency the Prime Minister, followed by a documentary film about the Egyptian family home and the most prominent achievements, followed by a speech by Pope Tawadros, Pope of Alexandria and the Patriarch of the See of St. St. Mark, and then a speech by the Grand Imam Prof. Dr. Ahmed Al-Tayeb, Sheikh of Al-Azhar Al-Sharif.

The Egyptian Family House Conference “Out of love, cooperation, affection and brotherhood ... together we build Egypt” discusses through a number of sessions a set of axes, including the tolerance of the text and its role in supporting community peace, and the impact of citizenship on the consolidation of coexistence, as well as historical situations and practical application For the most important achievements of the family house, as well as the cooperation between the Egyptian Family House and the World Organization of Al-Azhar Graduates in urging peace. It also discusses the role of the Egyptian family house in preserving national identity, confronting violence against women and facing corruption, in addition to discussing the "Together for Egypt Initiative" and its role in enhancing intellectual security, as well as discussing the role of love, education, mercy, loyalty and the highest values in religions in building the future.

It is worth mentioning that the Egyptian Family House was established in October 2011 at the initiative of the Grand Imam, Dr. Ahmed Al-Tayeb, Sheikh of Al-Azhar Al-Sharif, with the aim of preserving the one national fabric of the sons of Egypt, as well as preserving the Egyptian character and maintaining the its identity, restoring the supreme Islamic and Christian values, focusing on the common denominators, working to activate them, and defining diversity and respect The reciprocal right of difference - the integrative, the revival of the values ​​of citizenship and authentic traditions, and the strengthening of the Egyptian cultural peculiarities.

It is noteworthy that its main headquarters is in the Sheikhdom of Al-Azhar, and it has established the Egyptian Family House since its inception with 16 branches at the level of the governorates of the Republic in Luxor - Aswan - Assiut - Minya (Malawi - Samalut) - Beni Suef - Fayoum - Qalyubia - Menoufia - Gharbia - Kafr Sheikh - Alexandria, Damietta - Ismailia - Red Sea - Port Said.

The Egyptian family house implements the supreme values ​​and common denominators among the various religions, cultures and human civilizations, with the crystallization of a new discourse from which emerges a method of moral and intellectual education, in a manner that suits the needs of young people and young people, and encourages mental engagement in a culture of peace, rejecting hatred and violence, Getting to know and accepting the other, laying the foundations for cooperation and coexistence among the citizens of the same country, as well as monitoring and proposing preventive means to maintain community peace.