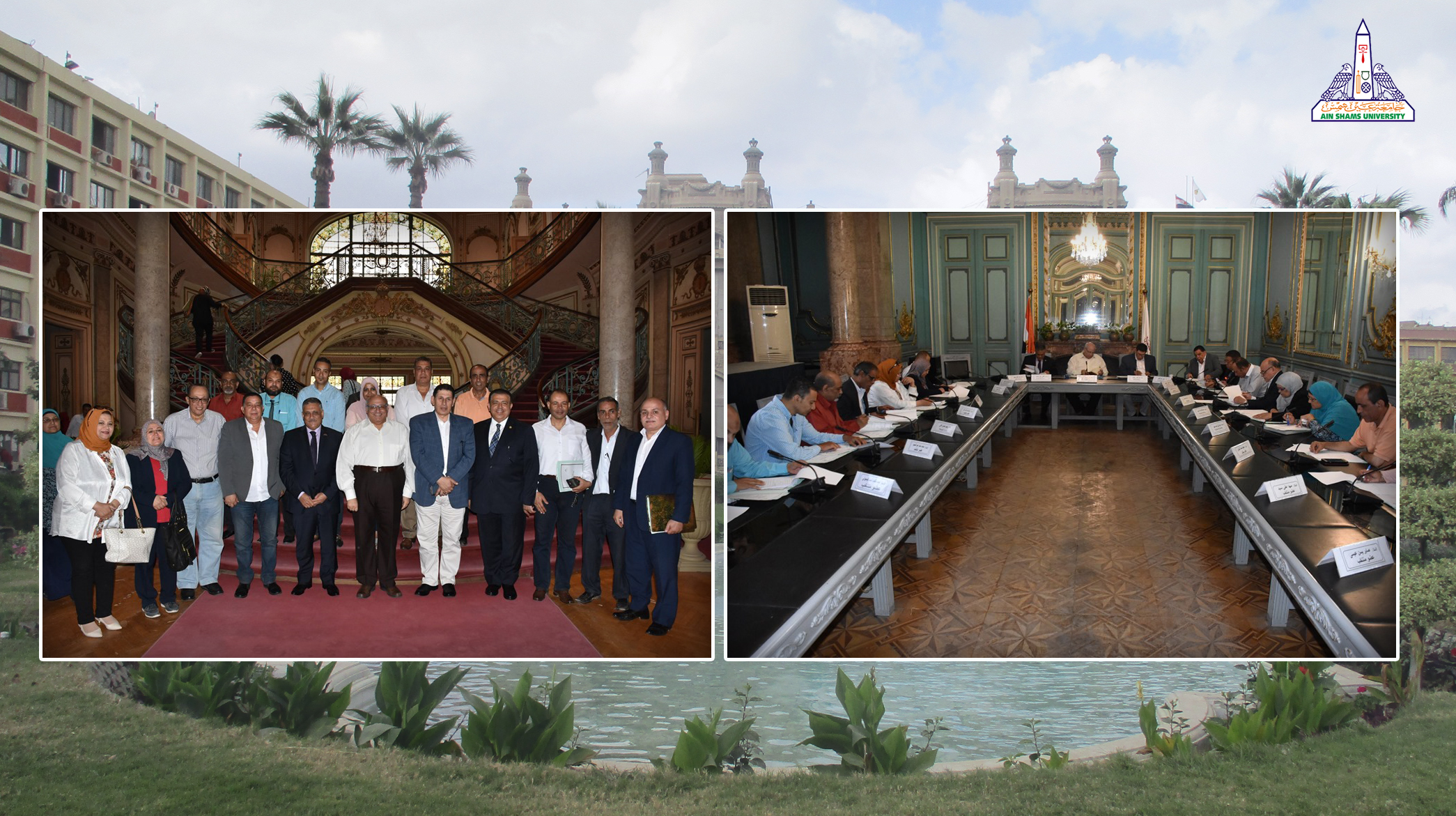 President of Ain Shams University witnessed the Board of Directors meeting of the Fellowship Fund, in the presence of Vice President for Community Service and Environmental Development, Vice-President of the University for Graduate Studies and Research and Secretary General.

During the meeting, which was held at Al-Zaafran Palace in the presence of the members of the Board, the final account of the Fund was reviewed and approved by the Auditor.

Mr. Samir Abdel Nasser pointed out that the fund has succeeded thanks to the efforts of its members and under the guidance of Prof. Dr. Abdel Wahab Ezzat, President of the University and Chairman of the Board of the Fund to achieve a surplus in the budget and cover all expenses.

He announced that in light of the good financial position of the Fund, a general assembly will be held on 25 July at the Faculty of Law to vote on the possibility of moving the insurance advantage and increasing it to the benefit of all the participants of the Fund. A number of different investments will be considered that would maximize the utilization of the Fund's financial surplus.