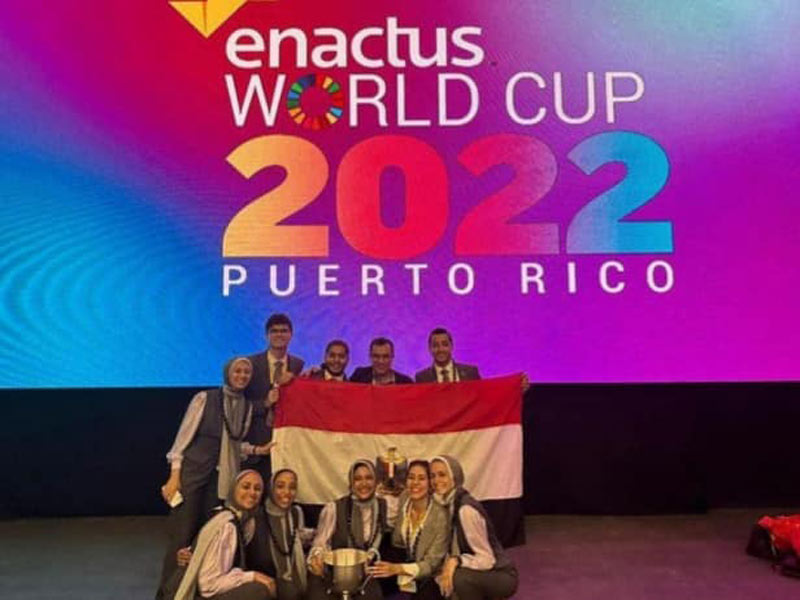 The Enactus team from Ain Shams University won first place in the 2022 World Cup competitions that were held in Puerto Rico from Sunday 30 October to Wednesday 2 November with the participation of 32 countries.

The students presented their project based on extracting Chitosan from crayfish crustaceans, which contain between 40-60% of chitin, from which chitosan can be extracted, both of which are used in many industries such as the pharmaceutical and cosmetics industries, and in order to provide an environmentally friendly solution and achieve a project Without any residues, the locust body was used to make poultry feed in order to provide a cheaper alternative to the feed that is in high demand in the Egyptian market, where Nile locust husks contain about 20-40% of protein, which is an appropriate amount to produce animal feed that has a better effect on chicken than feed ordinary.

The team was also able to produce environmentally friendly bio-pesticides and a water purification filter was manufactured.

It is worth noting that ENACTUS is an American non-governmental organization with branches in 33 countries around the world in about 1626 universities, while in Egypt, it has branches in 62 universities and faculties.

The activity of ENACTUS is based on entrepreneurship in the field of development projects, and the World Cup is held in October of each year in one of the countries where the activity is held. 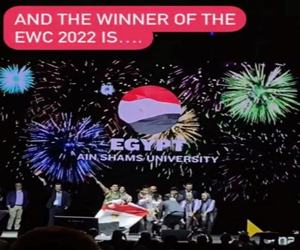