The Board of the Faculty of Science at Ain Shams University honors the Scientist Dr. Mohamed Fathi, one of the pioneers of parasitology in Egypt and the Arab world 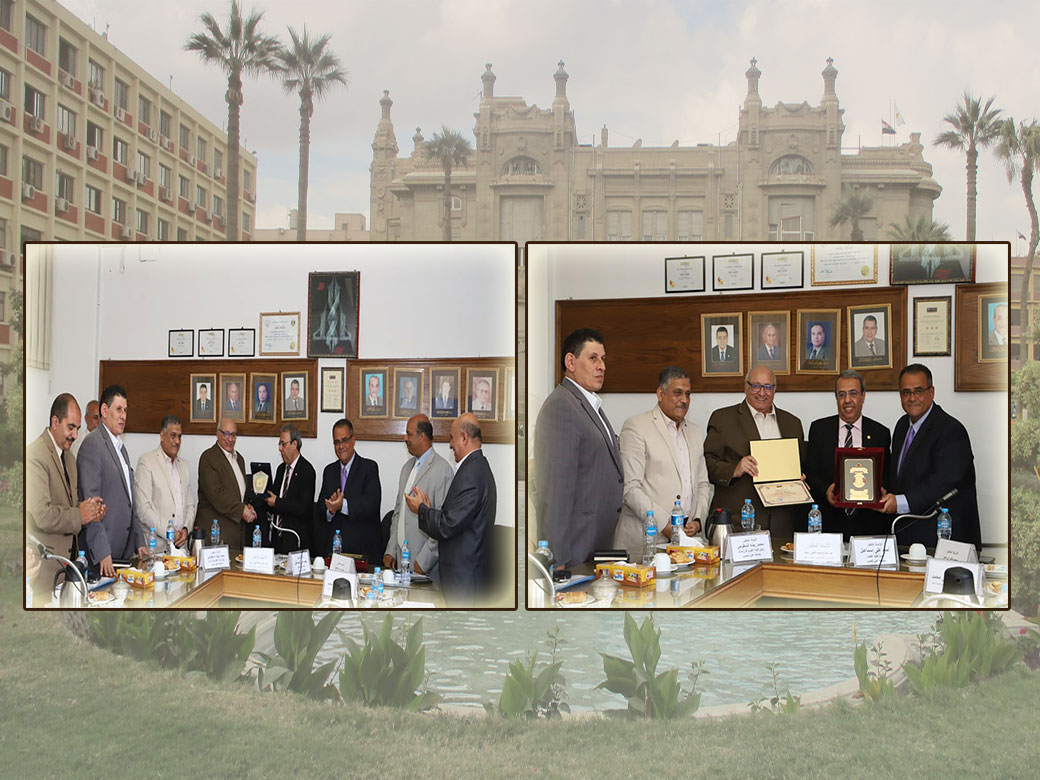 The Board of the Faculty of Science at Ain Shams University honors the Scientist Dr. Mohamed Fathi, one of the pioneers of parasitology in Egypt and the Arab world

Prof. Dr. Abdel Wahab stressed the importance of recognizing the professors' thanks and appreciation for the continuity of generations because it is the way to continue the advancement of scientific research and progress in various fields, especially that the Faculty of Science is the locomotive of progress for various sciences. He added that the main goal of the university professor and the world in general is to bid sincerely and without limits and free of charge for his students.

It is worth mentioning that Mohamed Fathy Abdel Fattah Saud, one of the greatest pioneers of the Faculty of Science in the Arab World and the owner of a scientific school in the study of worms. He received a bachelor degree in 1959 and obtained a Ph.D. in 1965 from the University of London in schistosomiasis. He was the first professor appointed in the Egyptian universities in his specialty in 1978.

He was also the founding dean of the Faculty of Science in Qatar and participated in the establishment of a number of science faculties in the Arab world and the development of programs and sections. He also served as advisor to the Minister of Youth and Sports and Advisor to the President of the Academy of Scientific Research.

In 2012, Mohamed Fathy Saud participated with Ahmed Zewail in the preparation of the plan to establish the Egyptian National Science and Technology Project through the city of Zewail, and at the invitation of the Minister of Higher Education in 2016 participated in the preparation of a proposal for the organization and structure of higher education and the establishment of centers of excellence for education and scientific research. Prof. Dr. Abdul Fattah Saud received the Shield and certificate of honor on behalf of his father.

Prof. Dr. Abdel Wahab Ezzat presented the shield of the university to Prof. Ahmed Ismail in recognition of his efforts throughout the period of his stature, during which the Faculty of Science took great steps in the level of accreditation and international publication.

Prof. Dr. Ahmed Ismail honored the winning students of the Royal Barrel Award "IB A", namely Ahmed Ibrahim, David Polis, Omar Hussam and Mohammed Ramadan is the technical innovation award. The winning team is the first at the level of Egyptian and African universities who have been awarded the award since its launch 13 years ago. The students who won the first place in the AAPG competition were also awarded as the student Iman Ahmed and the student Abdul Rahman won the fourth level of petroleum geophysics. Students who obtained the first place of student research at the Egyptian Geophysical Society Conference were also honored: students Heba Hussain, Aya Kamal and Salma Amer, students at the fourth level of geophysics.