A cooperation protocol between Ain Shams University and Rotary Heliopolis 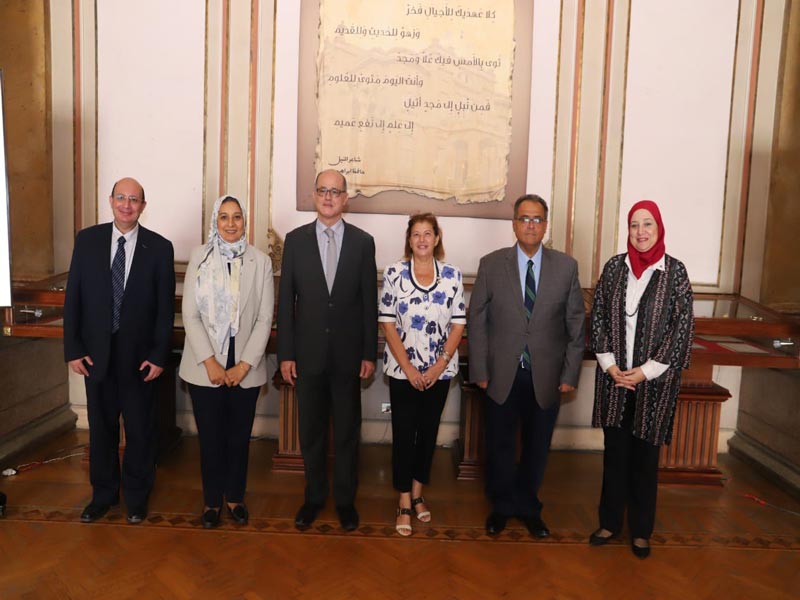 A cooperation protocol between Ain Shams University and Rotary Heliopolis

The cooperation protocol included a number of items, including the provision of an organizer to rationalize water consumption in university cities, male and female students, which helps in rationalizing water consumption by 60 to 70%, which is produced by the military factories in Helwan. Classifying solid waste from the source in preparation for its recycling.

During the meeting, the efforts of Ain Shams University towards turning green were reviewed, as Prof. Dr.. Abdel-Fattah Saud said that Ain Shams University has taken wide and pioneering steps in this regard, including restoring and raising the efficiency of the infrastructure in the main campus and increasing the area of ​​green areas, as well as relying on lighting using solar energy, as well as sprinkler irrigation and reliance on environmentally friendly electric cars and other steps implemented by the university in this regard to be one of the fourth generation universities.

He stressed that he started relying on the process of turning green to become an element of productivity within the university, citing the use of recycled paper for all publications that will be included in the celebration of the reception festival for the academic year, with the aim of providing a living model for the university student from the first day of it and raising environmental awareness among young people.

Prof. Dr. Ayman Saleh highlighted the university's continued keenness to cooperate with civil society institutions in many areas to achieve institutional integration in a manner that serves the public interest.

Prof. Dr. Ghada Farouk presented a number of projects being implemented in this context, including planting soilless roofs, using energy-saving lamps, and studying the possibility of benefiting from air energy, in addition to collecting rainwater in tanks to benefit from it, pointing to the efforts of the Faculty of Environmental Studies in the initiative of the Climate Ambassadors Program.

Prof. Dr. Abdel Fattah Saoud that continuous follow-up and measurement to evaluate the outputs of any of these projects is a philosophy that Ain Shams University was keen to implement to monitor the extent of success and return from those projects.

He also praised the role of the University's Innovation Center in adopting student projects in environmentally friendly fields, stressing that there is full keenness to spread environmental awareness among university students in particular, which is reflected in the surrounding community.

Prof. Dr. Abdul Fattah Saoud directed to open new channels of cooperation with Rotary in a number of health care, training and other fields, which contributes to expanding the base of joint cooperation between the two sides.