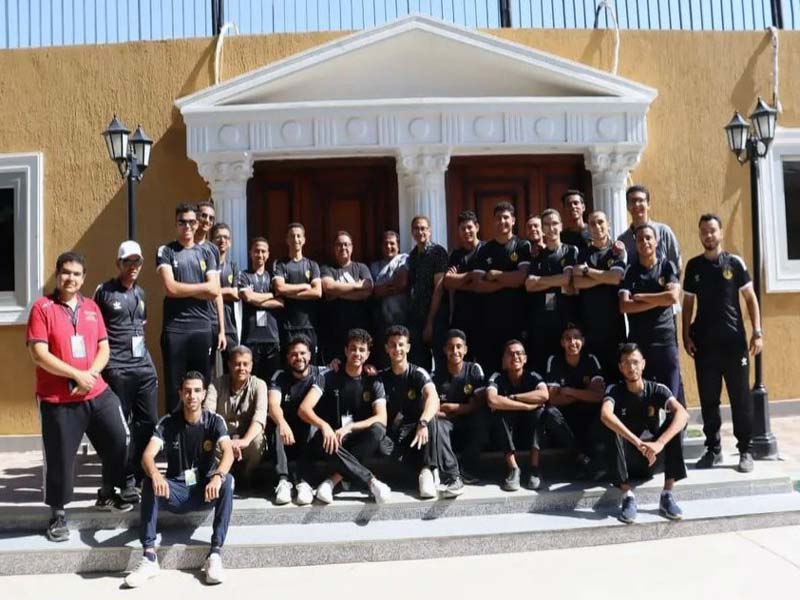 Leaders Preparation Institute at the Ministry of Higher Education and Scientific Research announced the results of the competitions for the various activities that were held on the sidelines of the awareness regiment of the strategic plan to combat corruption, under the patronage of Dr. Khaled Abdel Ghaffar, Minister of Higher Education and Scientific Research, and led by Dr. Karim Hammam, Director of the Institute, and under the supervision of Dr. Hossam El Din Mustafa Al Sharif, Dr. Abdel Moneim El Gelani, the Institute's Vice Deans

Hammam stressed the institute’s keenness to discover the talents of young cadres, in addition to developing the spirit of belonging and cooperation among students, spreading the spirit of the group and strengthening ties between them, because of its impact on refining students’ skills and investing their creative energies in a positive way.

The league result was as follows:

The first place is Kafr El-Sheikh University, the second is Damanhour University, and the third is Minya University.

The first place was won by the student Abdel Aal Hamid from Luxor University, the second was Mohamed Reda from Kafr El-Sheikh University, and the third was Ahmed Mohamed Abdel Karim Higher Education.

The result of the 25-meter sprint competition

The first place was won by Mohamed Reda from Kafr El-Sheikh University, the second place by Mansour Hashem from Aswan University, and the third by Ahmed Mohamed from Fayoum University. The result of the sprint competition for female students was as follows: