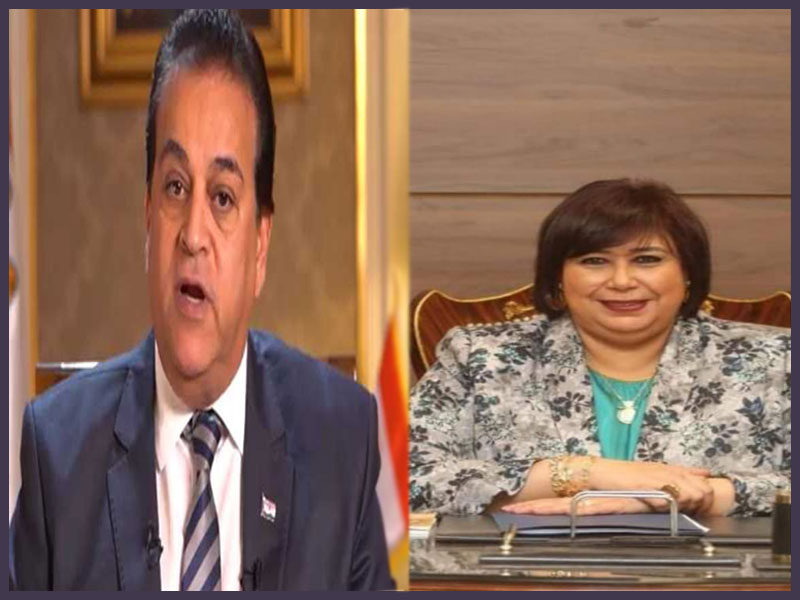 The artist, Dr. Enas Abdel Dayem, Minister of Culture, approved the results of the first session of the translation competition for young Egyptian universities, which represents the first competition of its kind and was held under the slogan “Translate… Create” in cooperation between the Egyptian Ministry of Culture represented by the National Center for Translation headed by Dr. Karma Sami is the Ministry of Higher Education and Scientific Research and its activities were launched in July 2020.

Dr. Enas Abdel Dayem said that the competition represented a scientific epic in the field of translation and succeeded in discovering a new generation of translators in various languages, adding that it aimed to open up to world cultures and enrich the Arab library with the latest titles, noting the growing value of translation as a natural result of the revolution. Contemporary knowledge, and appreciated the efforts of cooperation with the Ministry of Higher Education and Scientific Research, which consolidates the solidarity of state institutions to achieve development and build the Egyptian personality based on the foundations of awareness and awareness.

For his part, Dr. Khaled Abdel Ghaffar, Minister of Higher Education and Scientific Research, congratulated all the winning teams in the competition, which presented outstanding creative works that deserve all appreciation, hoping that the competition will motivate them towards more creativity in the field of translation, as it is one of the vital areas in the field of translation. Our life, which has become a bridge of communication between civilizations and peoples, and the Minister praised the constructive cooperation between the two ministries in organizing the competition, which reflects the great interest the Egyptian state attaches to its youth, with the aim of supporting them and unleashing their creative energies, and urging them to participate in all cultural and societal activities, explaining that the competition targeted Shedding light on the distinguished young experiences studying translation in Egyptian universities, by exploiting the richness of knowledge and culture produced by great thinkers and writers in various languages, and urging these young people to learn about it, and translate it from various languages ​​to add to the balance of Egyptian and Arabic culture and knowledge.

The results of the competition were as follows:

It is noteworthy that the competition aims to support and develop the experiences and skills of university youth, urging them to participate and integrate into university and cultural activities and in society in general, and to enhance their capabilities in the field of translation in particular, in addition to unleashing creative energies, and enhancing the role of participating ministries in investing the global wealth of knowledge and culture. It was implemented according to the timetable in four stages since the submission of the participating works in mid-July 2020, through the review and receiving translations, ending with the arbitration stage and other stages of sorting and matching The terms and conditions and others, where the number of works examined reached 104 works from 22 Egyptian public universities, and the committee identified 64 participating teams, and the number of languages ​​of works proposed for translation reached 17, including 18 languages ​​out of a total of 64 works, which were examined by 42 specialists whose selection was carefully considered. The accepted teams were addressed to start the translation work and hand it over within four months and announced this on the competition website in October 2020, where the meter works were received In January 2021, there are 17 translated works. The committee also identified three works that the National Center for Translation should print and publish in its publications after purchasing their intellectual property rights. The Center negotiated with foreign publishing houses in this regard and signed contracts with them, as well as Sign contracts with the winning teams to publish their work, provided that the Ministry of Higher Education and Scientific Research sends the winners a two-week training in one of the translation agencies abroad.