The President of Ain Shams University honors Colonel Ahmed Allam, Director of the Military Education Department at the university 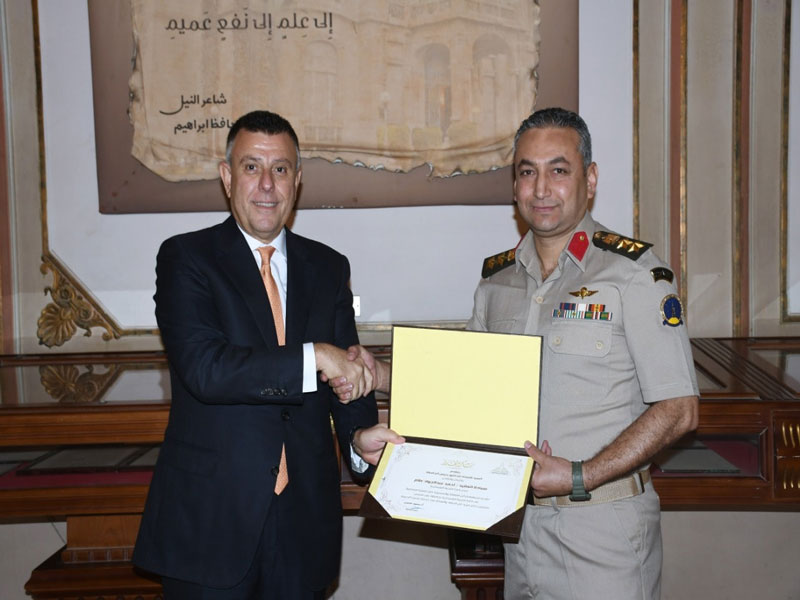 The President of Ain Shams University honors Colonel Ahmed Allam, Director of the Military Education Department at the university

The President of the University extended his sincere thanks and appreciation for the period he spent at the university, stressing the importance of effective participation to advance his work tasks in raising the spirit of loyalty and belonging among university students, as he was an honorable model and an example in his keenness to accomplish tasks in the interest and service of the country, through the participation of University students in national projects and educational seminars in the presence of His Excellency the President of the Republic and field visits to new cities and the administrative capital, as well as visiting some units of the armed forces.

The honor comes within the framework of Ain Shams University's appreciation for the efforts of its leadership and cadres, and the university wishes him continued success and advancement in his future work.