Higher education: a major boom in the university hospital sector during the tenure of President Sisi 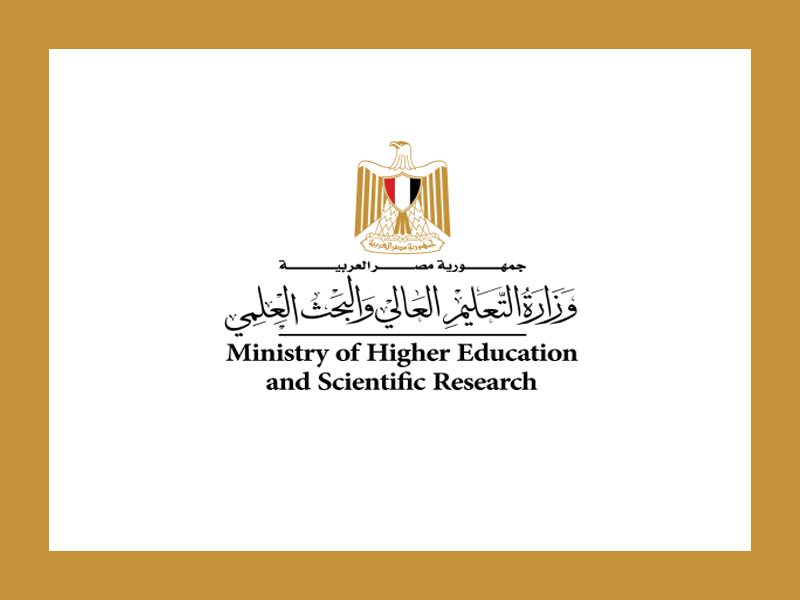 Higher education: a major boom in the university hospital sector during the tenure of President Sisi

The Ministry of Higher Education and Scientific Research witnessed, during the period from 2014 to 2022, many distinguished achievements in various sectors and fields, perhaps the most important of which is the “university hospitals” sector, and the development work that these hospitals witnessed during the past eight years, which were carried out in full swing in accordance with the strategic plan The comprehensive approach adopted by the state to support and develop university hospitals, and in light of President Abdel Fattah El-Sisi’s directives on the importance of accelerating the pace of efforts being made to develop the health system in Egypt, and to develop the material and human capacities working in this vital sector, which contributes to improving the medical service provided to citizens, and improving the level of health care they receive.

In this context, Dr. Khaled Abdel Ghaffar, Minister of Higher Education and Scientific Research, presented a report by Dr. Hossam Abdel Ghaffar, Secretary of the Supreme Council of University Hospitals, on the developments in the university hospital sector during the past eight years.

Dr. Adel Abdel Ghaffar, the official spokesman and media advisor to the Ministry of Higher Education and Scientific Research, said that the report indicated that the number of university hospitals witnessed a great development, reaching (88) hospitals in 2014, while it reached (120) hospitals in 2022, an increase of (32) hospitals. At a cost of 19.5 billion pounds.

The spokesperson added that the report emphasized the effective role of university hospitals in implementing the presidential initiatives: 100 million health - eradication of hepatitis C and non-communicable diseases - women's health - ending waiting lists - the "Right Foot" initiative, within the joint cooperation protocol between the Supreme Council of Hospitals The University and the Good Makers Foundation for Development - the "Decent Life" initiative, which aims to achieve comprehensive development at all educational, societal, health and economic levels, noting the universities' cooperation with this initiative in launching comprehensive convoys for their centers and villages in the governorates located within the geographical scope of Delta Universities. and Greater Cairo.

Also Dr. Adel Abdel Ghaffar added that university hospitals play a leading role at the level of medical education and gain practical experience, in addition to their contribution in cooperation with the Ministry of Health in providing health and treatment services to citizens, pointing to their prominent and professional role in complex surgeries that benefit from the expertise of university professors in delicate medical specialties. 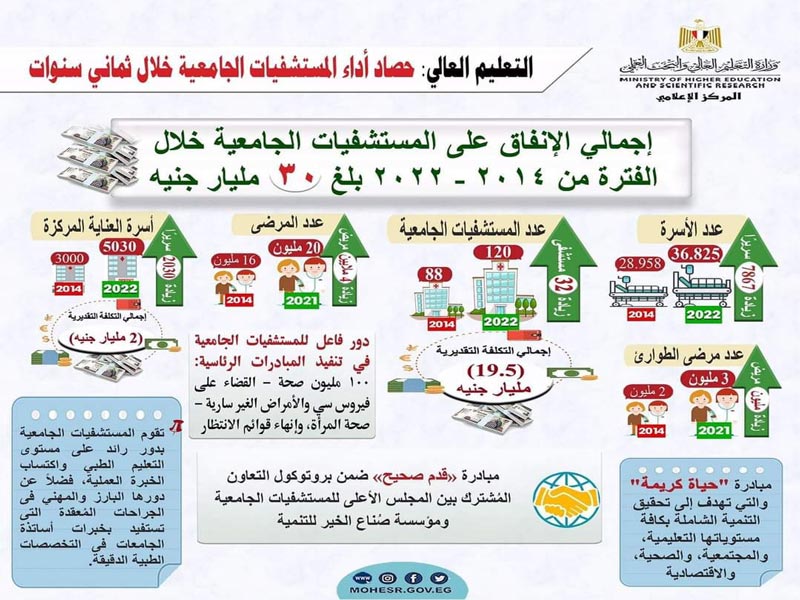