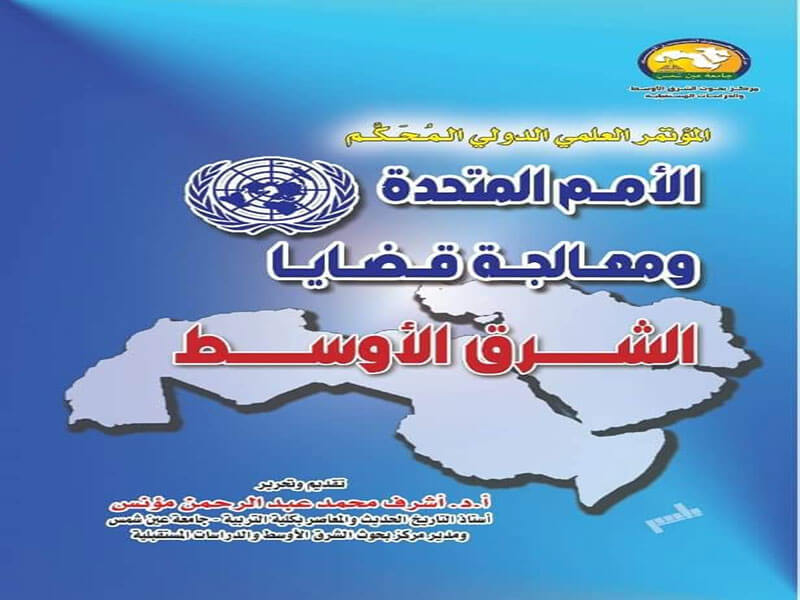 Prof. Dr. Ashraf Mounes, Director of Middle East Research and Future Studies Center at Ain Shams University, announced that the Center has issued a new book entitled: "The United Nations and Addressing Middle Eastern Issues" on the occasion of the 75th anniversary of its establishment, and this book was originally attributed to an international conference held by the Center earlier, In order to shed light on the evaluation of the role of the organization, which is the largest international organization in the world, to find out how this organization dealt with Middle Eastern issues, under the auspices of Prof. Dr. Mahmoud El-Metini, President of the University, and Prof. Dr. Hesham Tamraz, Vice President for Community Service and Environmental Development at the university.