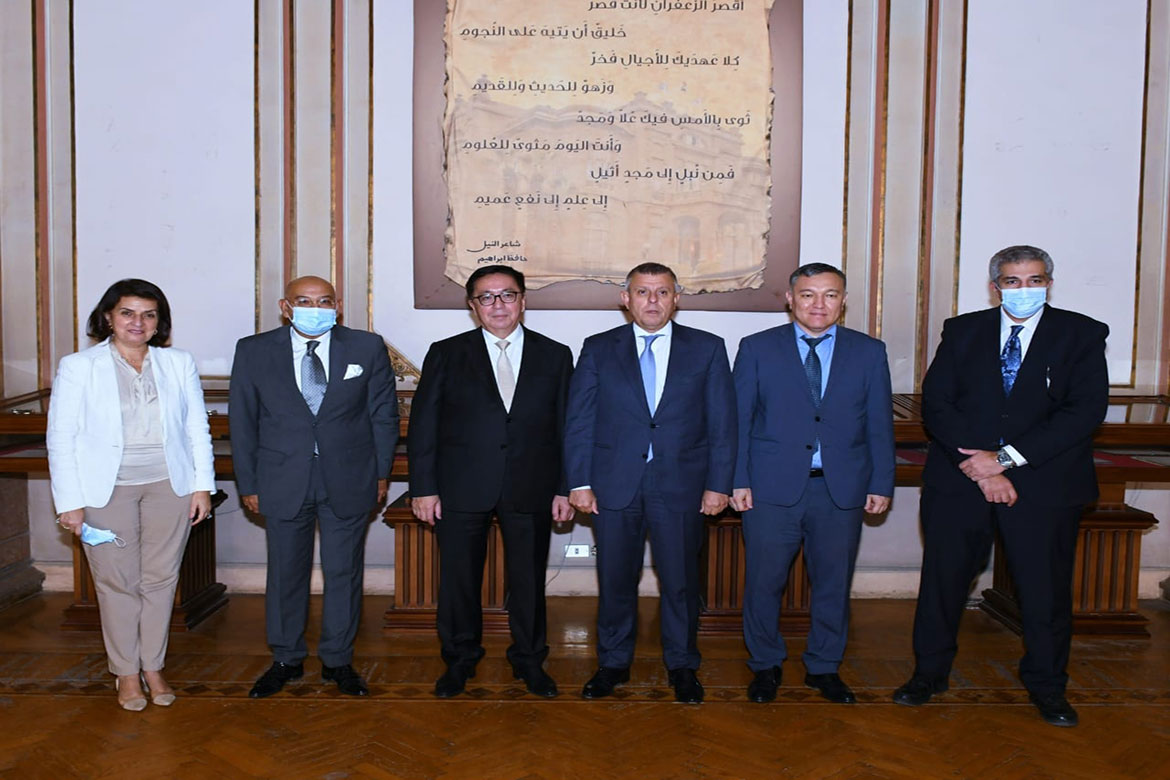 His Excellency recommended the necessity of parallel cooperation between the faculties in various fields with the universities of Kazakhstan, through holding a zoom meeting for how to implement the cooperation later, with the necessity of translating many books into other foreign languages ​​that in turn contribute to linking the universities together.

Meanwhile, Ambassador Khairat Lama Sharif, Ambassador of Kazakhstan, expressed his happiness to visit Ain Shams University, this ancient edifice, stressing that the State of Kazakhstan wants to cooperate with Ain Shams University in all sectors, especially scientific research, to contribute to this in many areas, such as the detection and early detection of cancerous tumors, and in the manufacture of cancerous tumors. Vaccines for Kazakhstan, water problems and the provision of various natural resources in the long term.

The ambassador added that there are 16 students from the State of Kazakhstan studying at the Faculty of Al-Alsun at Ain Shams University, which confirms the importance of cooperation between universities and the transfer of expertise.

At the end of the meeting, the Ambassador of the State of Kazakhstan presented the President of the University with many books in various fields, while the President of the University invited the ambassador to attend the “Festival of the Arabic Language” scheduled for 12/18/2021, as a first step in the means of cooperation between the two parties.