For the fifth time ... University students shine and distinguish on the stage of Tangiers at the International Festival of University Theater in Morocco 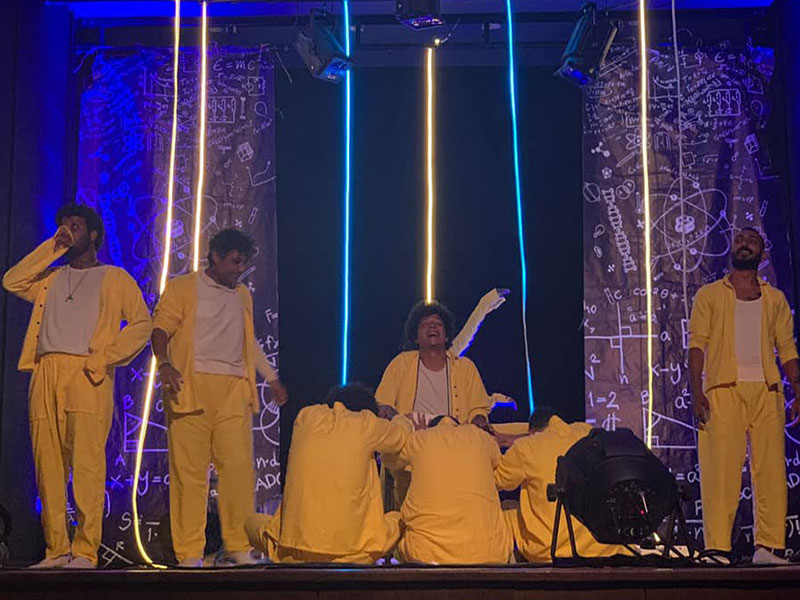 For the fifth time ... University students shine and distinguish on the stage of Tangiers at the International Festival of University Theater in Morocco

The theatrical performance witnessed great praise from all the attendees who stood after the show ended to salute, amid thunderous applause for three consecutive minutes of admiration for the show.

The delegation of Ain Shams University is participating in the festival for the fifth time since 2016 until now, except for the previous year, in which the festival stopped due to the circumstances of the Corona pandemic.

Prof. Dr. Abdel Fattah Saoud, Vice President of the University for Education and Student Affairs, to communicate daily with members of the mission and closely follow up on all matters, stressing the importance of appearing in an honorable appearance that befits the name of the Arab Republic of Egypt, wishing them success and a safe return to the homeland. 11/2021 The mission is headed by Prof. Dr. Tamer Rady, Advisor to the Vice President for Student Activities and Supervision of a. Muhammad Al-Sharkawi, Director General of Youth Welfare and Prof. Mustafa Issa, Director of the Technical Activity Department, and a. Ahmed Adel, the theater supervisor.