“Secrets of ancient Egypt” …A seminar at the Faculty of Science 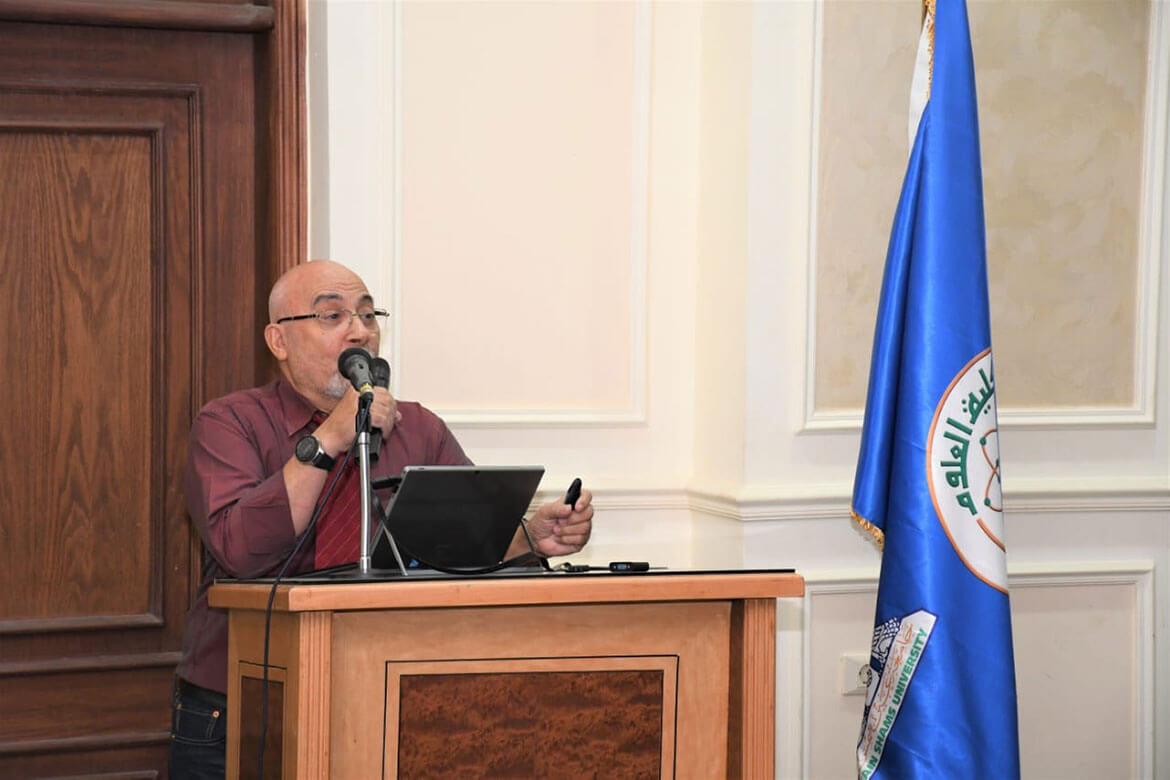 “Secrets of ancient Egypt” …A seminar at the Faculty of Science

Prof. Dr. Adel Al-Bassiouni, Emeritus Professor in the Department of Geology, discussed several topics, including how to build the pyramid of Khufu and the theories that were put forward about how to build this great pyramid, which was completed in 2529 BC, where there are about 100 other pyramids in Egypt, and there are many pyramids in countries As Latin American countries, China, Libya and Algeria.

Prof. Dr. Adel talked about the types of pyramids such as the step pyramids and the bent or curved pyramid of King Sneferu. The pyramid of Khufu is characterized by a smooth, polished surface that reflects light. The construction of the pyramid of Khufu took 20 years during the era of the Fourth Dynasty, and its base length is 230 meters, the height is 146 meters, and 100,000 workers worked in its construction, as mentioned by Herodotus.

But recent studies stated that those who participated in its construction did not exceed tens of thousands. However, they could only find a very small statue of King Khufu with a length of 7 and a half centimeters, while it is ironic that the weight of each stone of the pyramid stones is about 2 and a half tons in addition to some rocks Granites that sometimes reach 70 tons.

Prof. Dr. Adel Al-Bassiouni said that the pyramid is considered one of the seven wonders of the ancient and modern world and that remains until now. It is in the Giza area in Egypt and is registered within the UNESCO World Heritage Site.

He tackled the process of building the pyramid, as it is a complex process closely related to several sciences, including geology, astronomy and engineering.

He pointed out that they were found empty of belongings except from the king's sarcophagus. King Khufu married his sister, who was his first wife. Then he married another foreigner and a third Egyptian. He honored his wives and his mother and built for them four pyramids. Three pyramids of one direction remain until the present time, and the fourth is dilapidated.

He also indicated that places have been allocated for the sun boats that the God King will complete his journey with after the resurrection to the other world, as the ancient Egyptians who mummified the bodies of their kings believed in, and until now many of the secrets of the materials used in mummification are still hidden.

Prof. Dr. Al-Basiouni justified that the pyramid ended with a top of pure gold, a "small golden pyramid," stressing that research is still going on until this moment on how to build the Great Pyramid or the Pyramid of Khufu.

He also denied the false allegations of Jews, Algerians and Libyans alleging that they built this great edifice called the Pyramid of Khufu.

A short documentary film was shown on the pyramid and its construction methods, noting at the end of the symposium that the world is turning its eyes to the Egyptian pyramids, which still hide many and many secrets until the present time.