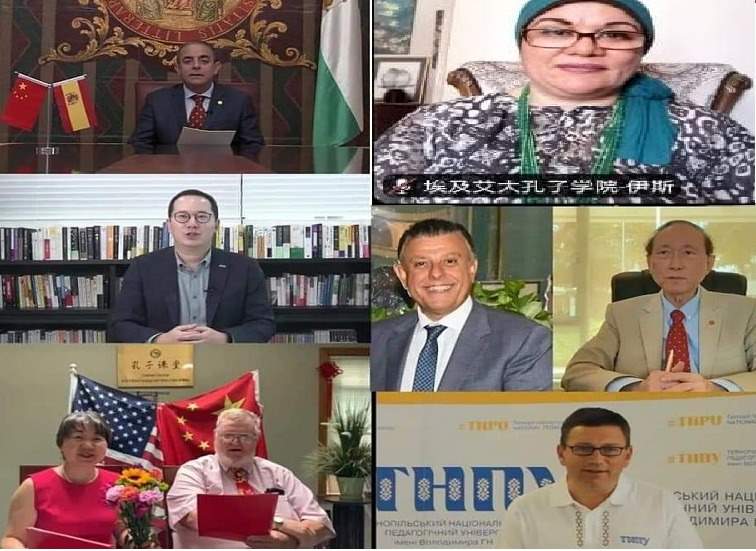 In the speech of His Excellency Prof. Mahmoud El-Matini, President of the University, he expressed his sincere thanks and appreciation to the Chinese side for the praise and appreciation shown to Ain Shams University, represented by the Confucius Institute, and also gave a full explanation of the achievements of the Confucius Institute, Ain Shams University in the past three years of cultural and scientific activities, camps, grants, competitions and conferences. At the end of his speech, His Excellency Prof. Dr. Mahmoud El-Metini, President of the University, thanked the honourable attendance and Khan Ban Foundation for its permanent support to Ain Shams University and Chinese universities.

This upgrade comes in a precedent that is the first of its kind after only three years have passed since the start of work in the chapter, as the official term set by the Chinese side is five years.

This upgrade came against the backdrop of the continuous effort made by the class to overcome all means to help students learn Chinese.

It is worth mentioning that this upgrade will increase the capacity and capacity of the institute and will qualify it to increase and diversify the activities it holds and increase the number of students participating in each of the camps, grants and competitions, in addition to the institute opening other classes for the institute in other places such as universities, institutions and schools in the Republic of the Arab world and even in the Arab world.