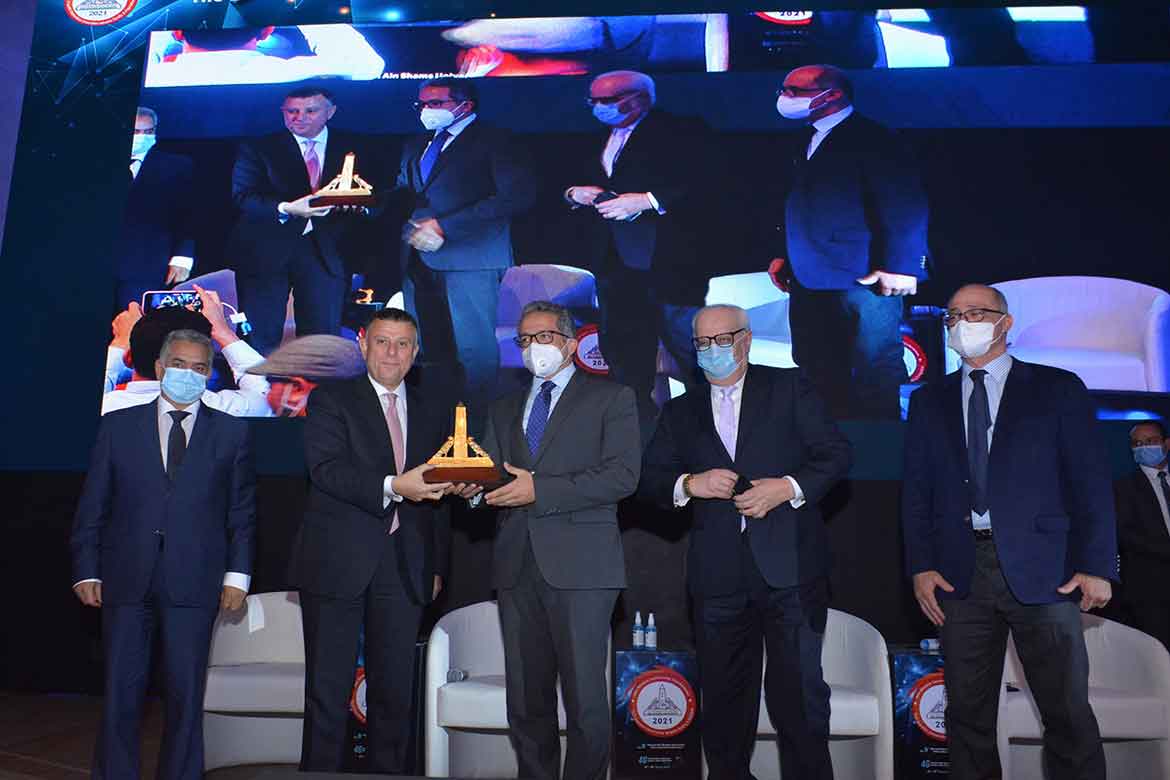 Prof. Dr. Khaled Al-Anani, Minister of Tourism and Antiquities, said that the idea of ​​building a museum of civilization began in 2019, indicating that the transfer of antiquities is permanently carried out from museum to museum and from one place to another.

Prof. Dr. Khaled Al-Anani talked about how the idea of ​​a procession to transport mummies came about, recalling the busy reception procession for the mummy of Tutankhamun in France in 1976.

He explained that the Egyptian Museum in Tahrir is no longer able to absorb the huge amount of antiquities inside it, and indicated the state’s interest in properly directing the event and that all the traffic points for the procession are being developed. Indeed, the facade and wall of the Egyptian Museum, Tahrir Square, has been developed, passing through the El-Oyoun Stream and the Lake District Ain El-Sira, stressing that this development has contributed to presenting the dazzling image that appeared before the world, and His Excellency also explained that the Museum of Civilization is not only dedicated to ancient Egyptian antiquities, but rather is a museum of Egypt's civilization through the ages.

Prof. Mamdouh Al-Damati, Dean of the Faculty of Archeology at the University and former Minister of Antiquities, highlighted the kings and queens who were transferred to the Museum of Civilization, explaining that by looking at the royal mummies procession, we will find that it included 22 kings and queens of the greatest kings in history, as the procession included King Sqnen Ra, who led the war to liberate Egypt from the Hyksos Which was completed after him by his two sons Camus and Ahmose, Thutmose I and III, who is considered the greatest military leader in history as he was not defeated in any battle throughout 17 military campaigns, and he expanded the borders of Egypt as he assigned his minister to establish truth and justice, as well as Ramses II, the commander of the Battle of Kadesh, who ruled Egypt throughout 66 years old, and the owner of the first peace treaty in history with the Hittites, along with Queen Hatshepsut, the greatest queen in history, explaining that these mummies were discovered in two caches where they were transported to them in the era of the modern state after the spread of tomb theft to preserve them.

On the reason for the ancient Egyptians' tendency to mummify, Prof. Muhammad Ibrahim, a professor and former minister of antiquities, said that the ancient Egyptians believed in the second life after death, so he took care to preserve the components of the human being, including his body, so that it would be good when the soul returned to him, reviewing the methods of embalming for the purpose of preserving the body from bacteria, as the ancient Egyptians used to remove and preserve the intestine and heart In utensils guarded by the gods, and the use of nitron salt to dry the body and prevent the activity of bacteria, then comes the stage of wrapping the body in wraps using wax or gum to completely isolate it from any bacterial activity that may lead to the decomposition of the body, adding that after the completion of the embalming process, which lasts for about 40 days, comes The stage of preparing for burial after reading spells and hymns that enable him to live in the other world.