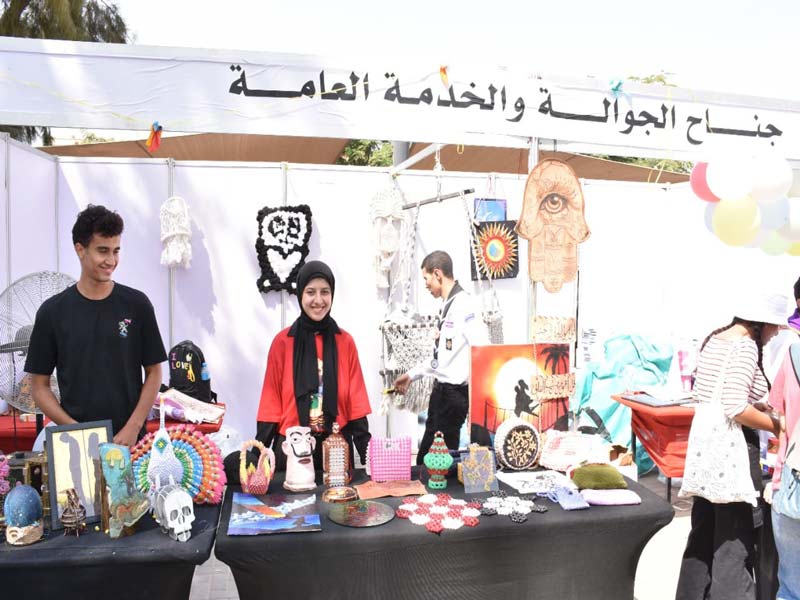 The festival, which was covered by various environmentally friendly activities, included a range of sports activities, including speedball and billiards, in addition to the various pavilions that were set up on the main campus of the university, which is the student families pavilion that provides new students with an explanation of the various simulation models, the most prominent of these is the “Climate Conference” simulation model with the aim of introducing and educating young people about the events hosted and chaired by Egypt, namely the COP27 climate conference, in addition to introducing students to the simulation model of the “House of Representatives” and the simulation model of the League of Arab States, as well as the Union of the Mediterranean “and the role of these models in refining and training students’ personality To engage in political and social life.

Prof. Dr. Abdel-Fattah Saoud stated that coinciding with the start of the presidency of the Arab Republic of Egypt for the climate summit for a year and the Cop 27 conference, the Education and Student Affairs Sector organized a student reception festival for the academic year 2022/2023 with a new idea to be environmentally friendly, where a package of electronic applications was launched as an alternative to paper publications To keep pace with the mechanisms of digital transformation, through which students can learn about the activities and services offered by the university and learn about the different centers and faculties.

He added that the university was keen not to use loudspeakers in order to rationalize electricity consumption and preserve the environment from sound pollutants and noise.

During the activities of the second day of the festival, under the supervision of Mr. Mohamed Al-Sharqawi, Director General of the General Administration of Youth Welfare, and the directors of the departments, the students participated in the scientific activity pavilion, which includes many innovations in cooperation with the Center for Innovation and Entrepreneurship.

As well as the ranger pavilion, which includes artworks produced by recycling, as well as art workshops to teach the art of ark, printing on canvas, painting on glass, and macrame work, in addition to an exhibition of roving products.

This is in addition to an exhibition of plastic arts paintings, which was held under the slogan "Renouncing Violence and Terrorism", as well as the Alumni Association's pavilion to introduce the services provided by the Association to be a link with the university's students after completing their university studies.

The second day witnessed various performances of the Orient Spirit Choir, with which the students interacted in a distinct atmosphere of joy and optimism.

It is noteworthy that the reception festival for the university year includes a series of awareness-raising seminars in the various faculties of the university entitled "Climate Changes… Carbon Footprint… The University's Efforts to Transform into a Green University", aimed at raising environmental awareness among members of the university community and introducing climate changes within the framework of Egypt's preparations to host the COP27 climate summit.