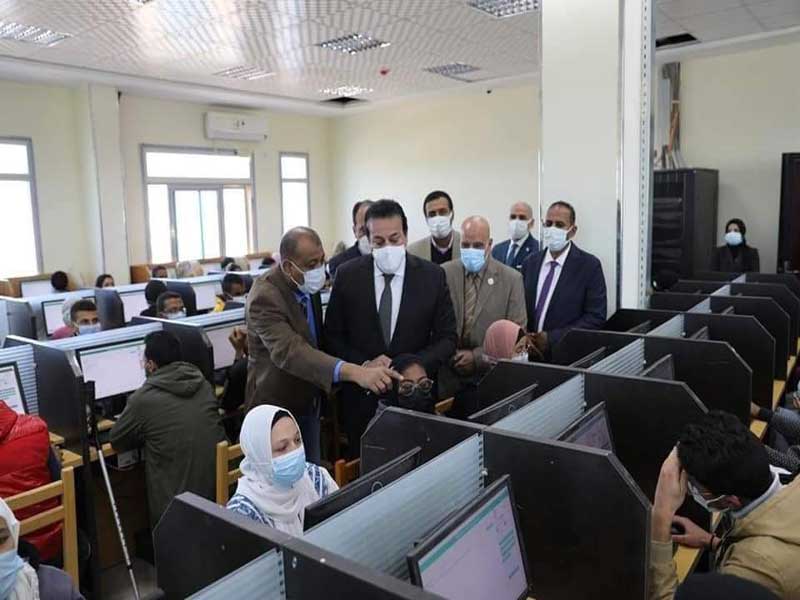 Dr. Khaled Abdel Ghaffar, Minister of Higher Education and Scientific Research, reviewed a report submitted by Dr. Muhammad Latif, Secretary of the Supreme Council of Universities, on the success of public universities in conducting electronic exams during the 2021/2022 academic year for the health sector faculties (medicine, pharmacy, dentistry, physical therapy, and nursing colleges and institutes) and some colleges in other sectors.

Dr. Adel Abdel Ghaffar, media advisor and official spokesperson for the Ministry of Higher Education and Scientific Research, stated that the report submitted to the Minister of Higher Education indicated that electronic exams were held in 25 public universities. 2,380 courses, as the percentage of faculties participating in electronic exams in the health sector faculties during the first semester reached (45%), and the percentage increased to (85%) during the second semester.

The spokesperson added that the efficiency of the information infrastructure for 30 electronic test centers in government universities has been raised, and they have been equipped with 22,000 computers, in addition to equipping a main and backup information center with the latest secured devices and modern technologies as a first stage, in order to serve the students of health sector faculties and equipping other electronic test centers to serve the rest of the sectors.

The official spokesperson explained that the universities’ success in applying electronic tests came as a result of raising the efficiency of the information infrastructure in universities to obtain a smart campus and automating electronic tests, in light of the Ministry of Higher Education and Scientific Research’s direction towards digital transformation to serve faculty members, workers and students, and in implementation of the political leadership’s directives to automate Exams and achieving justice and equal opportunities among students, by taking advantage of the data of the digital age, and keeping pace with the tremendous technological development in various countries of the world.