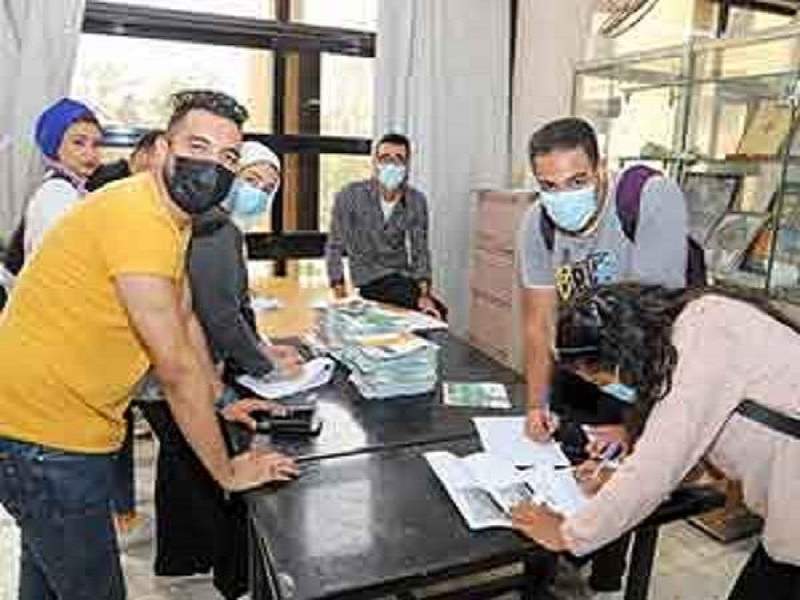 Under the auspices of Prof. Dr. Mahmoud El-Metini, President of Ain Shams University, and Prof. Dr. Abdel Fattah Saoud, Vice President for Education and Student Affairs, Prof. Dr. Mustafa Mortada, Dean of the Faculty of Arts, announced the beginning of candidacy for the student union elections at the Faculty of Arts for the academic year 2021/2022.

The Dean of the Faculty stressed the importance of encouraging students to participate and compete in the elections, which are a microcosm of the practice of democratic life, and to create a generation aware of the importance of positive participation in building Egypt's future in line with the aspired hope in the new republic.

On her part, Prof. Dr. Hanan Kamel, Vice Dean for Education and Student Affairs, said that she follows up moment by moment the flow of the electoral process to ensure transparency, and prepares a daily report on the most important developments and indicators that are submitted to Prof. Dr. Mustafa Mortada, Dean of the Faculty, according to the announced schedule. She also called on all students to actively participate in the elections, whether by candidacy or by voting. She also urged the current Federation Council, in cooperation with the Youth Welfare Department, to conduct the electoral process in a manner befitting the faculty.

The faculty administration is keen to apply all precautionary and preventive measures to confront the Corona virus, such as wearing a medical mask, measuring temperatures, and considering the social distances.