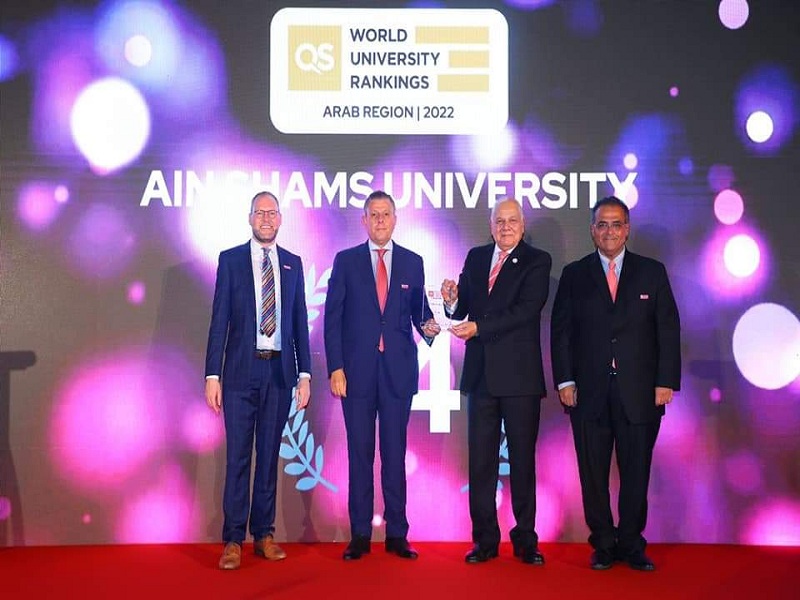 In a major celebration held in Dubai, United Arab Emirates, the results of the QS Arab Ranking 2022 were announced as Prof. Dr. Mahmoud El-Metini, President of Ain Shams University, and Prof. Dr. Abdel Fattah Saoud, Vice President for Education and Student Affairs, received from Mr. Ashun Fernandez, Director of QS Organization in the Middle East, a certificate that Ain Shams University ranked fourteenth in the Arab world in this important global ranking, ahead of last year.

This came in the presence of 30 Arab university presidents, more than 150 officials of the QS organization around the world, many ambassadors of the countries of the world to United Arab Emirates, and a group of higher education officials worldwide.

Moreover, a grand celebration was also held to celebrate Ain Shams University's obtaining five stars out of five in the QS star ranking.

On the sidelines of the celebration, a number of scientific panel discussions were held, with the participation of Prof. Dr. Mahmoud El-Metini and Prof. Dr. Abdel Fattah Saoud, including a discussion on applied research and interdisciplinary studies, and their eminence presented a number of prominent opinions and proposals in this regard, while reviewing the pioneering experience of Ain Shams University in this context.