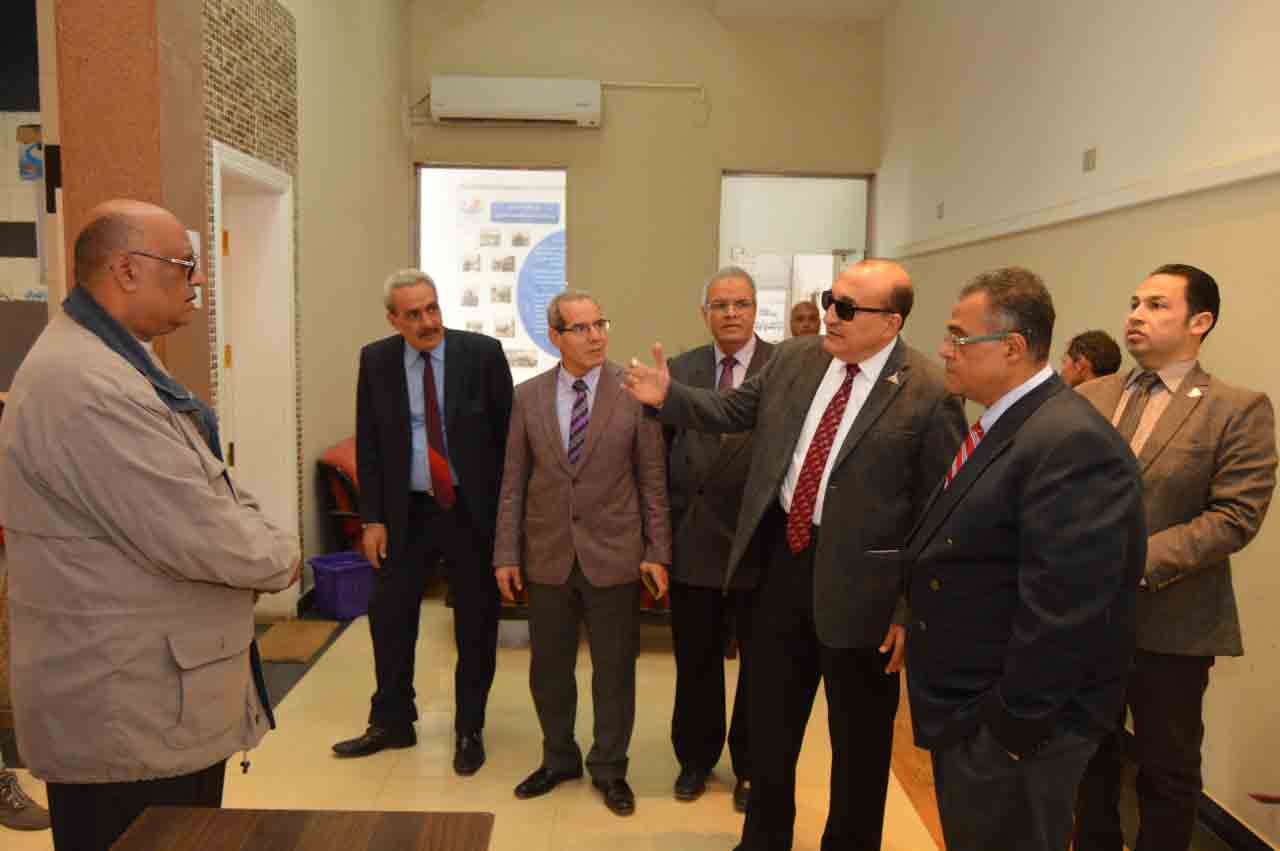 Prof. Dr. Abdul Fattah Saud, Vice-President for Education and Students affairs, conducted an inspection tour inside the Faculty of Education and visited the Theater, the Library, the Botanical Garden, laboratories, sections and centers and the rest of the faculty members.

During his tour, he praised the value and standing of the Faculty of Education and considered it an integrated university because it has many disciplines and departments that combine scientific and theoretical aspects. The number of its departments is 17 specialized departments.

He pointed to the trend of the world's leading universities to partner with state institutions, by focusing on their strengths and trying to highlight them and benefiting those institutions with their scientific and research expertise and qualified graduates according to the requirements of the labor market. At the same time, as a global trend that benefits both parties.

During his tour of the Faculty’s Theater, he expressed pride in the existence of such an edifice, which is equipped with the highest engineering and technological technology and demanded that this be accompanied by momentum in student activities.

He inspected the design of the theater for students with special needs has also been ensured, and all avenues are provided to enable them to participate effectively in various student activities.

Prof. Dr. Maged Abu El-Enin said that the theater was opened at the beginning of the current academic year and has a capacity of 450 seats and equipped with the latest lighting systems and acoustic engineering.

During his visit to the student library, he also pointed to increasing the number of computers, making sure that they are connected to the Internet and that the student can access the Egyptian Knowledge Bank to benefit from all the information contained in various fields.

He also listened to an explanation from the Dean of the College about the mural of the example Mohammed Salim Shawki, which was implemented in 1961 and was recently renovated in cooperation with the Faculty of Specific Education, and student. Abdul Fattah Saud, the need to collect the historical material on the wall and the work of a miniature jacket to join the Museum of Ain Shams University to be established.

It was also confirmed that the labs contained in the botanical garden in the faculty are included in the data base that is being prepared on the most important plants of Ain Shams University with historical roots.

At the conclusion of his tour, he praised the acquisition of the Faculty of Education at the Nanotechnology Center and the Center for the Development of University Education and stressed the need to take advantage of their role in keeping up with the requirements of the university system in line with the developments in the world.