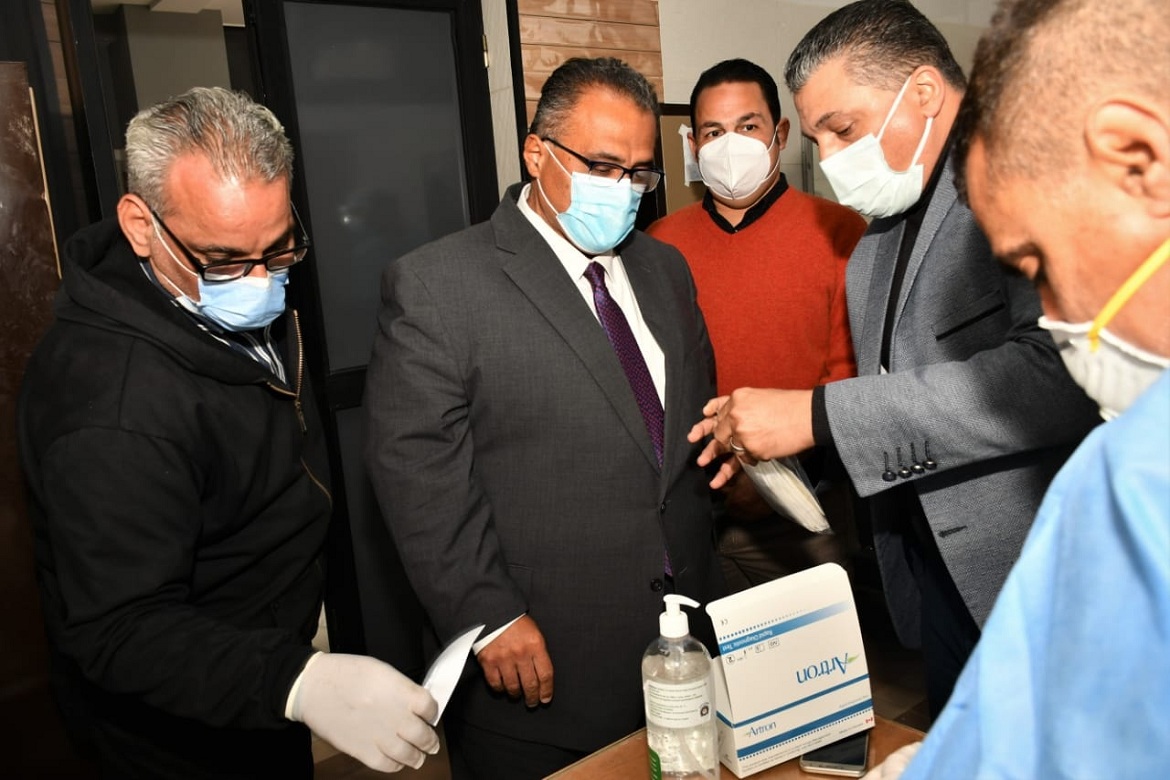 Saud continued in statements carried by the Sada Al-Balad Universities website, that the university did not pay attention to the cost of conducting the swabs, which amounted to one million pounds, while the revenues of university cities are half a million pounds, but the university has put the health and safety of all students, as well as workers, a priority. Swabs for them too, and all results were negative for them.

Saud added that a medical examination will be carried out to ensure that the student is free from infection with the new Corona virus, and students will be re-housed according to the schedules announced to all teams, and the process of housing students in cities according to precautionary measures, sterilizing rooms and buildings, using thermal reagents, and sterilization gates on City entrances to inspect students.

Saud pointed out that 4 foreign students and 3 Egyptians were infected with the Corona virus, after they had swabs before housing in university cities, pointing out that the university administration decided to transfer students to the university's field hospital, and treat students for free.

For his part, Dr. Abdel Fattah Saud, Vice President of Ain Shams University for Education and Student Affairs, inspected university cities to determine the cities' readiness to receive male and female students, accompanied by Ibrahim Saeed, the general supervisor of university cities, and Majda Hussein, director of the city, students and a group of workers.

Saud stressed the importance of the continuous sterilization of rooms, corridors and all university city facilities, stressing the importance of students' commitment to social distancing measures during the day in the restaurant, study places and computer rooms, as well as wearing masks and using sterilizers, adding that places for food and study have been prepared in the open air to maintain social distancing and public health.

This procedure aims to ensure the safety of all students residing in university cities coinciding with the start of the first semester exams next week, and the swab action plan comes in light of taking all measures and precautionary measures as swabs are made for small groups to avoid mixing between large numbers.