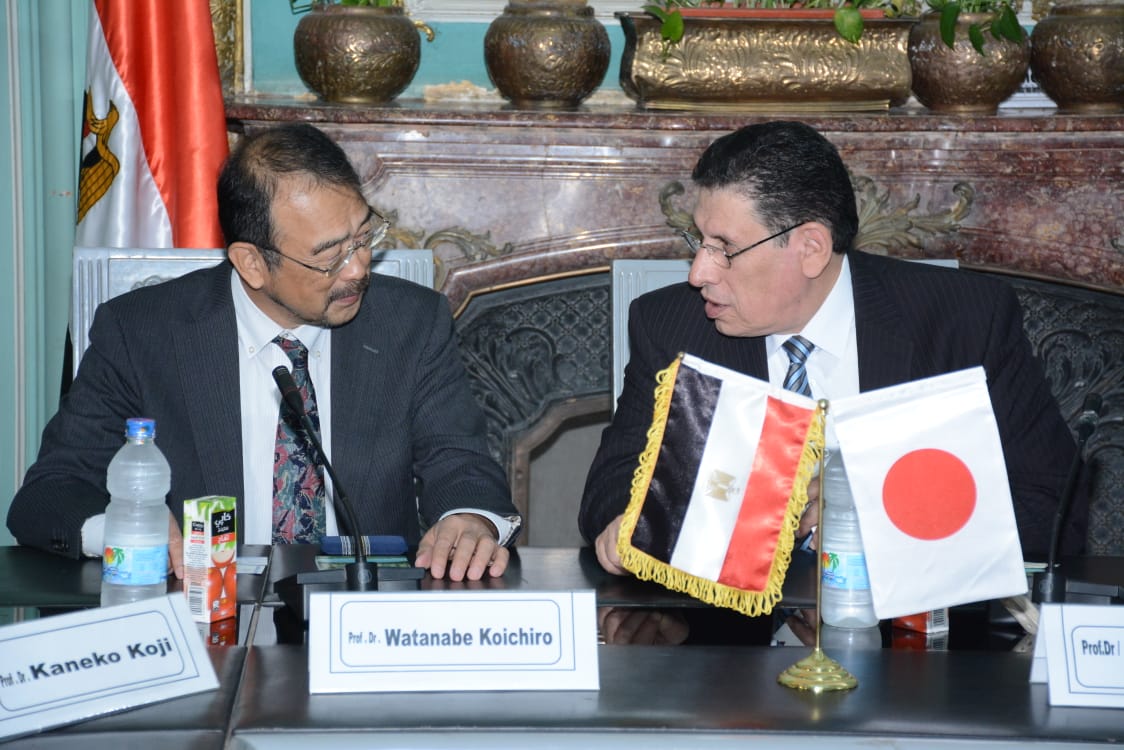 Prof. Dr. Abdul Nasser Sengab Vice President of Ain Shams University for Postgraduate Studies and Research opened the study exhibition in Japan, organized by Kyushu University in Japan in cooperation with the Embassy of Japan in Egypt with the participation of many prestigious Japanese universities.

During the meeting, which was held at the grand Conferences Hall of Ain Shams University in the presence of a group of professors, faculty members, the supporting body, researchers and students, Prof. Dr. Abdul Nasser Sengab confirmed in his speech that Ain Shams University is keen to expand the base of scientific research and academic cooperation between Egyptian universities and Japanese universities, pointing to the return of these partnerships in raising the international classification of the University.

He pointed out the importance of the scholarships offered by the Japanese side to the Egyptian students and professors to contribute to the opening of the horizons of knowledge and the development and advancement of science, stressing that the Egyptian and Japanese governments support these grants together.

The Director of the Media and Culture Office at the Embassy of Japan in Cairo praised the efforts of Ain Shams University in making this forum a success. He added that the exhibition provides comprehensive information on the nature of the study, the system of grants, how to benefit from them in their field of study, as well as the stimulating learning environment for learners.

He pointed out that the school year in Japan starts from April and ends in June, and then reviewed the most important conditions for applying for scholarships, including (Japanese language proficiency, students take the exam twice a year in Japanese)

He also confirmed that 1,000 Egyptian students received grants from Japan during the past year in a number of specializations, including engineering, science and technology, medicine.

During the day's activities, Abdul Nasser accompanied the Japanese delegation for a tour within the Drug Discovery Research Center, Faculty of Pharmacy, where they praised the technological progress of the Center and its adaptation to the latest scientific and technological developments.

The delegation also visited Al-Alsun Faculty, which includes a Japanese language department, which is attended by 100 students