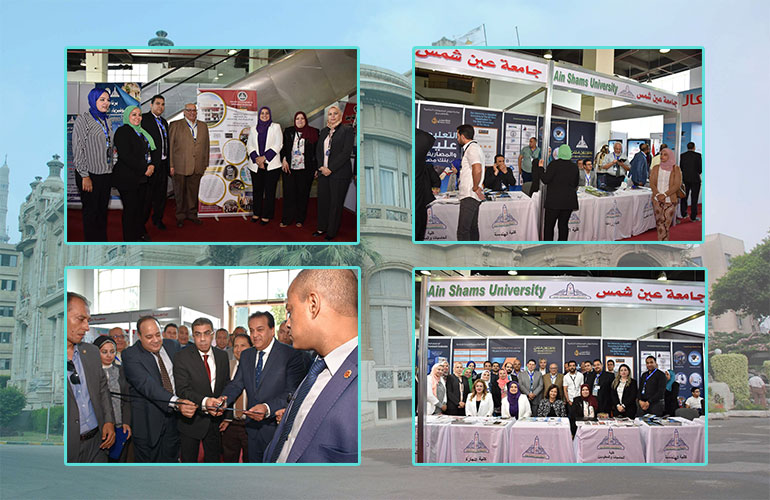 Prof. Dr. Khaled Abdel Ghaffar, Minister of Higher Education and Scientific Research opened the Higher Education Exhibition, organized by the Akhbar Al Youm Foundation. It was inaugurated on 11-12 July 2019 during his tour of the Ain Shams University Pavilion. He heard a detailed explanation from Prof. Dr. Abdel Wahab Ezzat, President of Ain Shams University, highlighted the most distinguished and new programs offered by the university, which are 35 programs in the international credit hours system. As well as postgraduate programs and language programs which launch for the first time the Portuguese language program 2019/2020 The first of its kind at the level of Egyptian public universities in partnership with the University of Porto and the Institute of Camouche for Cooperation and Languages

This came in the presence of Prof. Abdul Nasser Snajab Vice-President of Ain Shams University for Postgraduate Studies and Research and the deans of the various faculties and agents, faculty members and supporting body and a number of administrators and program coordinators at the university.

Prof. Dr. Khalid Abdel Ghaffar praised the number of programs provided by Ain Shams University for students of secondary school certificate and equivalent. He pointing out that the excellence and diversity of disciplines and their compliance with the requirements of the labor market, as well as the possibility of obtaining more than one certificate from Ain Shams University and other international certificate accredited by the University Foreign counterpart.

The Ain Shams University branch in Al-Obour city was also quickly completed to provide access to government universities on a wider and wider geographical scale.

The exhibition is held for the fourth year in a row and is attended by several public and private universities.

The exhibition comes in conjunction with the opening of the door for progress to coordinate and record the wishes of students who have received the Egyptian secondary certificate and the equivalent of certificates.