Persian Cultural Day at the Faculty of Al-Alsun 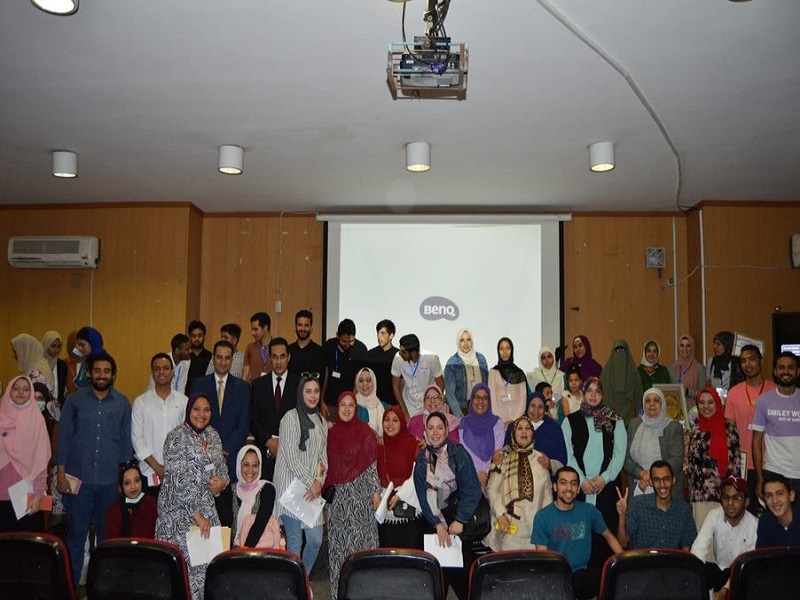 Persian Cultural Day at the Faculty of Al-Alsun

Prof. Dr. Salwa Rashad, Dean of the Faculty of Al-Alsun at Ain Shams University, inaugurated the activities of the Persian Cultural Day in the faculty, and confirmed that the Faculty of Al-Alsun is the university’s window to the world, explaining that the Persian Language Division is one of the most important people in the faculty and has a long history. The skills of her students to meet the needs of the Egyptian state in the use of that language, and confirmed that major Egyptian and international companies have shown great interest in contracting training and employment protocols with the Faculty of Al-Alsun in particular.

She continued her speech, noting that the second language is one of the most important skills that students must develop alongside the first language, and she stressed that the faculty contributes to providing students with language skills and providing students with the culture of language-speaking countries, and the most important role remains for the student to work to provide himself with experience of knowledge and the use of technological means. The faculty has the most modern technology and the internet available for references, and to conduct audio-based language training via multimedia to prepare itself for the labor market at the highest level.

And she announced a cooperation protocol with the British Council to make the Faculty of Al-Alsun an approved headquarters for conducting paper and electronic exams for IELTS tests and training courses for the British Council in Cairo to provide its services to a wide geographical area outside the walls of the university.

She went on to explain the efforts of the faculty administration, in cooperation with the university administration, to develop and modernize the infrastructure in accordance with the highest international educational quality standards, pointing to the role of the faculty's new classrooms and the importance of establishing the faculty's electronic examination center in developing the educational process and raising the efficiency of educational capabilities available to Egyptian and foreign students.

On her part, Prof. Dr. Asmaa Abdel Aziz, Head of the Persian Language Division at the faculty, said that the faculty administration contributes to overcoming any obstacles facing the department in the educational process, and pointed out that the Persian language has a great history and a special culture for its peoples for hundreds of years, and it is a new language for Egyptian culture, but it is well-known and widespread in the Gulf countries. The Arab and East Asia, and since the Egyptian state had the need to communicate with the peoples of its speakers, it was necessary for the sons of Rifa’a Al-Tahtawi to study that language at the hands of specialists in it and its culture to serve the Egyptian state and provide a distinguished graduate who is able to use the language fluently in various fields.

She also referred to the work of some of the department's graduates in Arab countries and foreign companies that need Persian language learners.