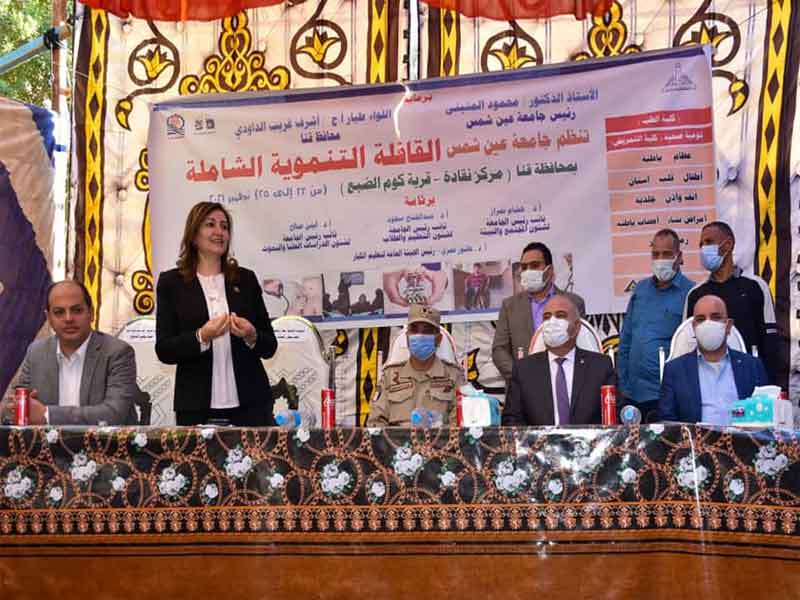 During its working days, the convoy resulted in examining 3,547 cases and the dispensing of medicines free of charge to them, in addition to 880 cases of measuring blood pressure and sugar, and 246 cases were transferred to Ain Shams University hospitals.

In the community services context, a number of prosthetic devices were distributed in coordination with the Qena Governorate and the Social Affairs Authority, including 2 electric wheelchairs with a battery, 10 wheelchairs with a side bend, 20 three-legged crutches, 20 walkers, and 20 double elbow crutches.

The work of the convoy also witnessed the organization of (8) awareness campaigns to raise awareness for the people of the region, attended by Dr. Tarek Abdel-Fattah, about women and children’s health, and it dealt with an explanation of the President’s initiative to support the health of Egyptian women, the causes of women’s diseases, healthy food and its importance for women and children, reproductive health problems, and a campaign on the causes of drug abuse, its effects, and methods of prevention and treatment.