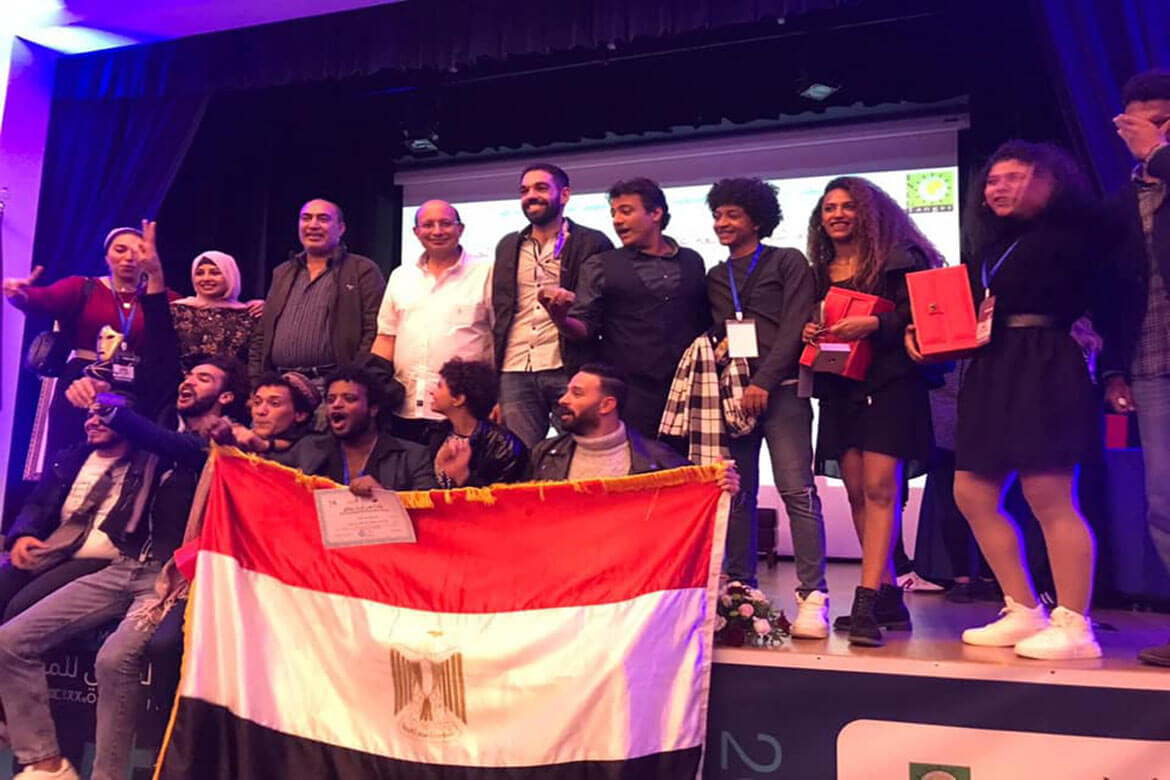 The show was also nominated for the Best Director award in competition with the Portuguese show, and was also nominated for the Grand Prix with the Portuguese show, in addition to nominations for the Best Actor Awards, for which three students from Ain Shams University competed in a unique phenomenon that has never happened before. The nominees for Best Actor are three of the same Theatrical performance.

It is noteworthy that Ain Shams University participated in the competitions of the International University Theater Festival in Tangiers in the Kingdom of Morocco with 14 theatrical performances from 12 Arab and foreign countries, and the theatrical performance produced by the General Administration of Youth Welfare of the Education and Student Sector.

In a direct telephone call after the closing ceremony of the festival, Prof. Dr. Abdel Fattah Saoud, Vice President of the University, congratulated the students on this achievement, and promised to honor all members of the delegation with a proper and appropriate honor due to the great achievement in an international festival.

It is worth noting that the festival was attended by 12 countries, namely the Kingdom of Morocco, the host country, Belgium, Portugal, Italy, Lithuania, China, Tunisia, Saudi Arabia, Jordan, Palestine and Kuwait, in addition to the Arab Republic of Egypt, represented by Ain Shams University, and the Egyptian delegation is headed by Prof. Dr. Tamer Rady Adviser to the Vice President of the University Student Activities, Mr. Mohamed Al-Sharqawi, Director General of Youth Welfare, Mr. Mustafa Issa, Director of the Technical Activity Department, and Mr. Ahmed Adel, the theater supervisor.