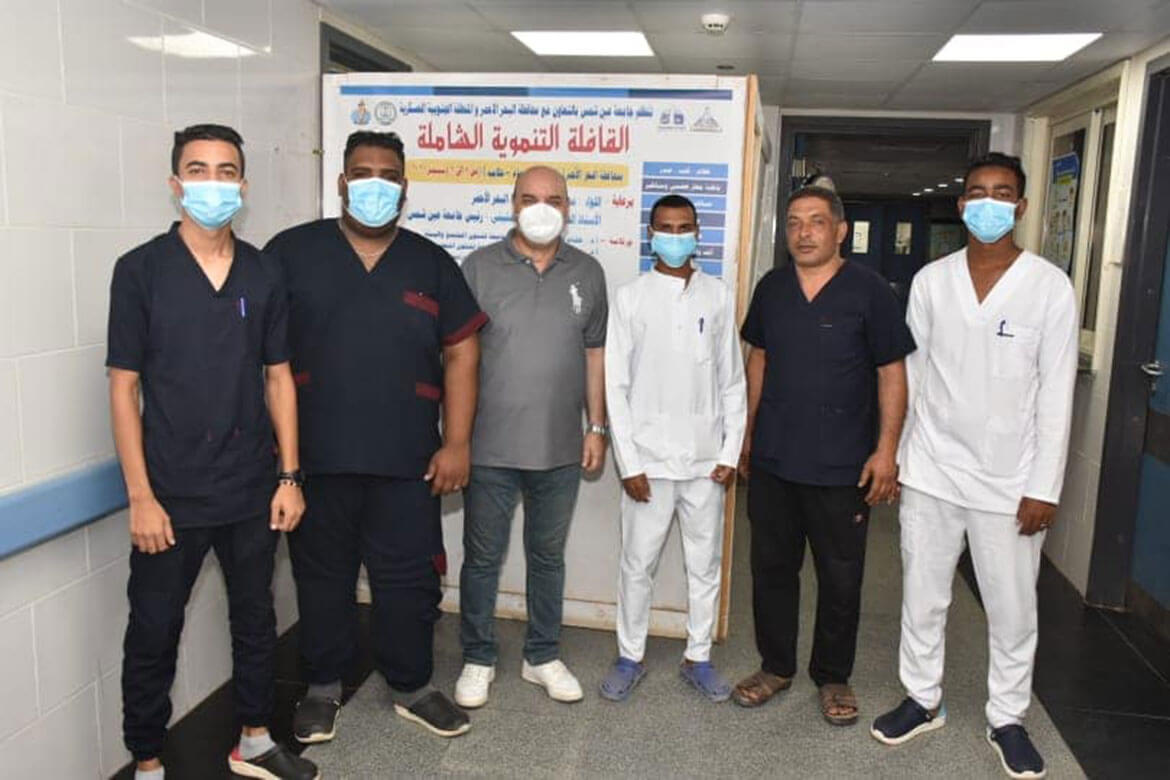 Ain Shams University’s comprehensive development convoy for the Red Sea Governorate succeeded in serving thousands of residents of the cities of Shalateen, Halayeb and Abu Ramad, over a period of 5 continuous days, during which a free examination was signed for 2,787 citizens in clinics (ophthalmology, orthopedics, surgery, obstetrics and gynecology, Dental, dermatology, internal medicine, brain and nerves, heart, children, urology, chest, etc.), as well as measuring blood sugar and pressure, conducting rumors and laboratory analyzes, as well as performing 26 surgeries, in addition to disbursing treatment free of charge from the Caravan Pharmacy to 2500 beneficiaries, also transferring 128 cases for free treatment to Ain Shams University Hospitals in Cairo.

In coordination with the Social Affairs Authority, and according to the population density of the three cities, 7,000 bags of food and supplies were distributed to the people.

On the literacy axis, coordination was coordinated with the General Authority for Literacy and Adult Education, where 50 placement tests were held, 25 surveys were conducted, and 12 certificates were handed over to those who were free of illiteracy.

The activities of the convoy also included holding 5 awareness campaigns that discussed (drug abuse, causes, effects, methods of prevention and treatment, as well as women's and children's health) with an explanation of the presidential initiative to support the health of Egyptian women.

It is noteworthy that Ain Shams University's comprehensive development convoy comes within the presidential initiatives plan to support a decent life for citizens in all parts of the Republic, and in implementation of Egypt's Vision 2030.