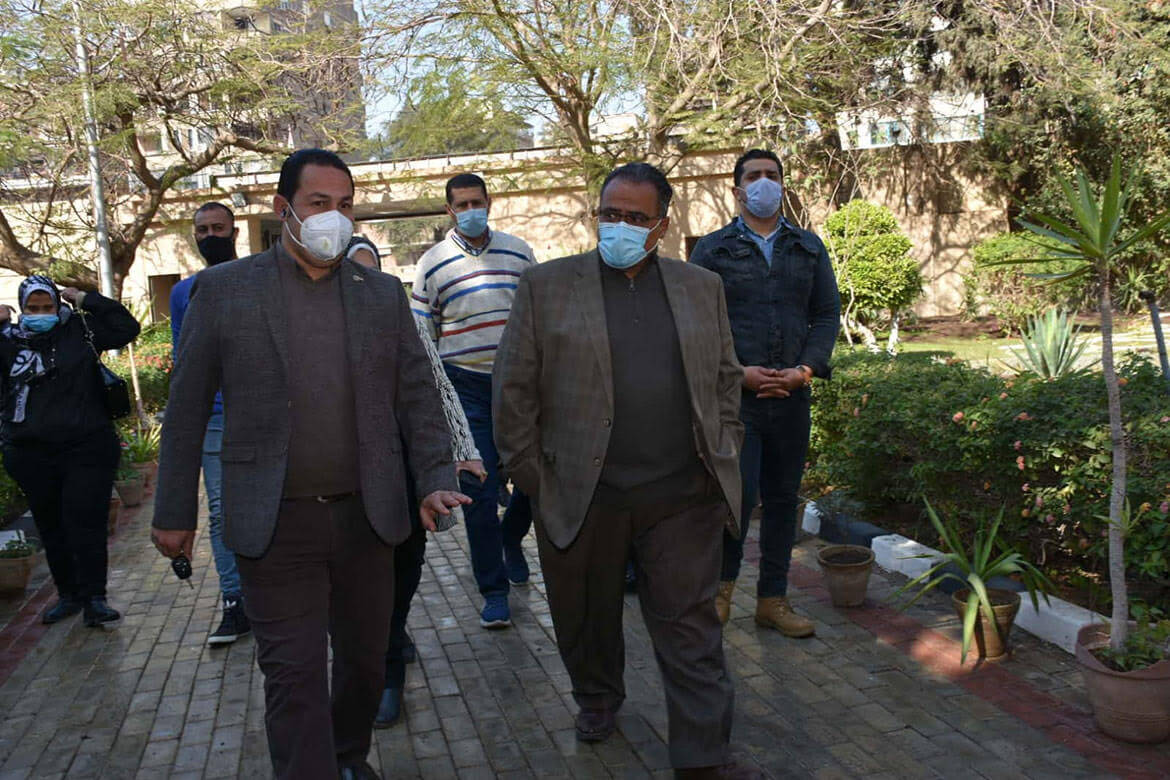 Within the framework of Ain Shams University's preparations to receive students and resume the university year, Prof. Dr. Abdel Fattah Saud, Vice President of Ain Shams University for Education and Student Affairs, an expanded, comprehensive, inspection tour of university cities, to determine the cities' readiness to receive male and female students, accompanied by Prof. Ibrahim Saeed, the general supervisor of university cities and Prof. Magda Hussein, director of the city, students and a group of workers.

During the tour, His Excellency stressed the importance of continuous sterilization of rooms, corridors and all University City facilities, stressing the importance of students' commitment to social distancing measures during the day in the restaurant, study places and computer rooms, as well as wearing masks and using sterilizers.

He added that outdoor dining and study spaces had been prepared to maintain social distancing and public health.

His Excellency also inspected the Student Medical Center, explaining that, in an unprecedented step at the level of Egyptian universities, the education and student affairs sector at the university, under the supervision of Prof. Dr. Mahmoud El-Matini, President of the University, began to conduct complete swabs for male and female students residing in the university cities sector (male and female students), whose number is 3285 Male and female students. This is in cooperation between the General Administration of University Cities and the General Administration of Medical Affairs at Ain Shams University, and this procedure aims to ensure the safety of all students residing in university cities coinciding with the beginning of the first semester exams next week. The survey work plan comes in light of taking all measures and precautionary measures. Swabs are done in small groups to avoid mixing of large numbers.

He added that smears are being done today for students with special needs and the blind.

During the coming days, swabs will be made for all university campus students and urban workers according to their housing schedules shortly before their exams to ensure that they are free of the (Covid-19) virus, in the interest of the administration for their safety and the safety of all workers at the place.

These measures come in implementation of the principle of responsibility by the administration of Ain Shams University towards its students, male and female students in cities, to provide them with suitable accommodation before the start of the exams and to provide all means of subsistence and all means of securing them in health, medical and academic terms, in continuation of the university administration's approach towards the safety of its sons, students and workers.