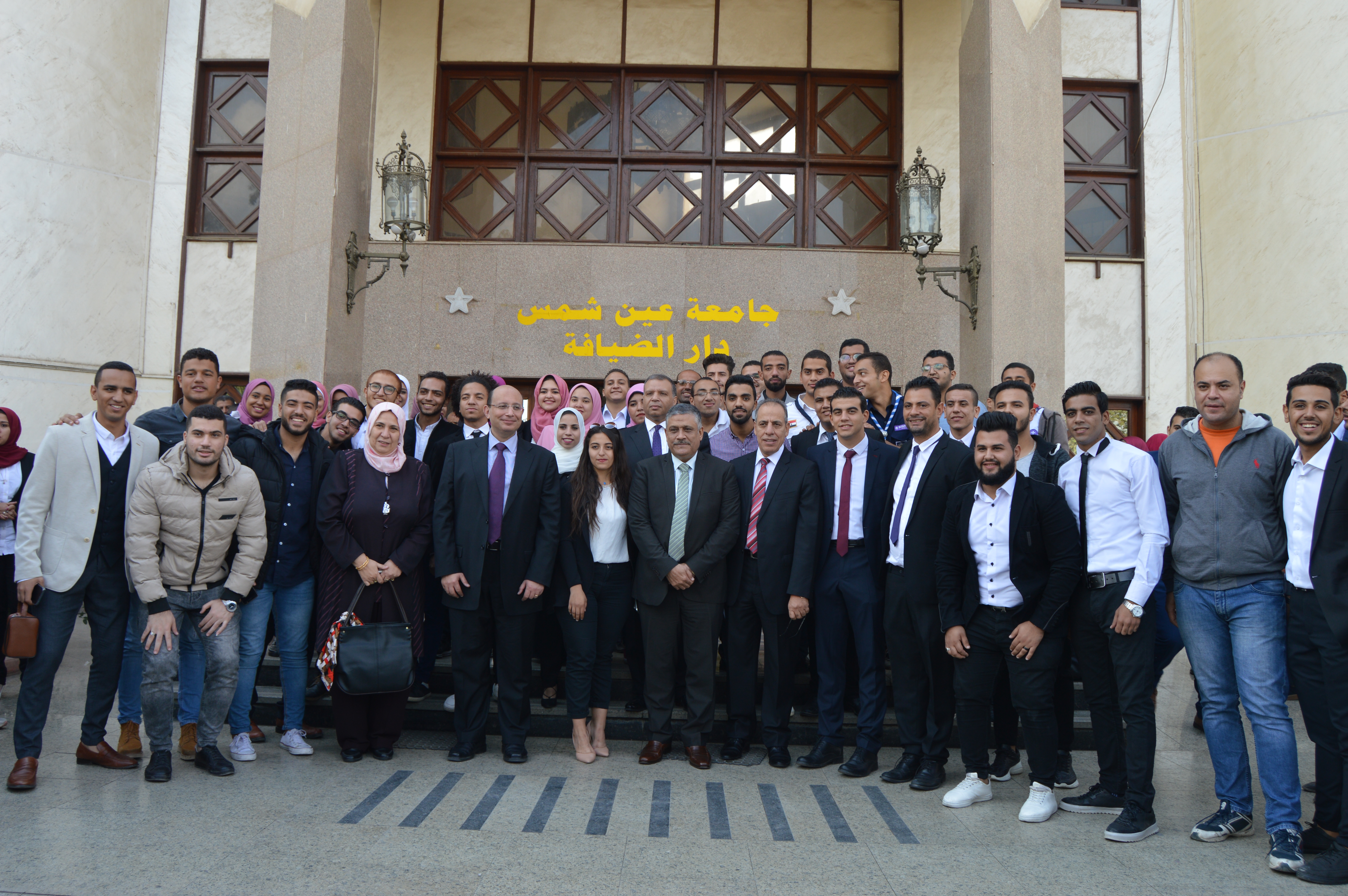 The Supreme Committee for the supervision of the elections of student unions, headed by Prof. Dr. Nazmi Abdel Hamid, Vice President for Community Service and Environmental Development.

Prof. Dr. Nazmi Abdul Hamid, praised the representation shown by the students of Ain Shams University during the period of participation in the elections of the Union of Students and the Confederation of Faculties. He stressed that it is a practical test of the extent of the youth's positive expression of their views and participation in the development of plans for activities and meaningful activities.

He also addressed the Board of the Students Union to the importance of working collectively according to a common vision and to stand one distance from all faculties and students to connect to the success of a distinguished participant worthy of being representatives of all students of the university in its various faculties.

Osama Al-Morshedi and Omar Yaqub, President and Vice-President of the University Students Union, presented last year the work plan implemented by the union in the previous period to benefit from and add to it.