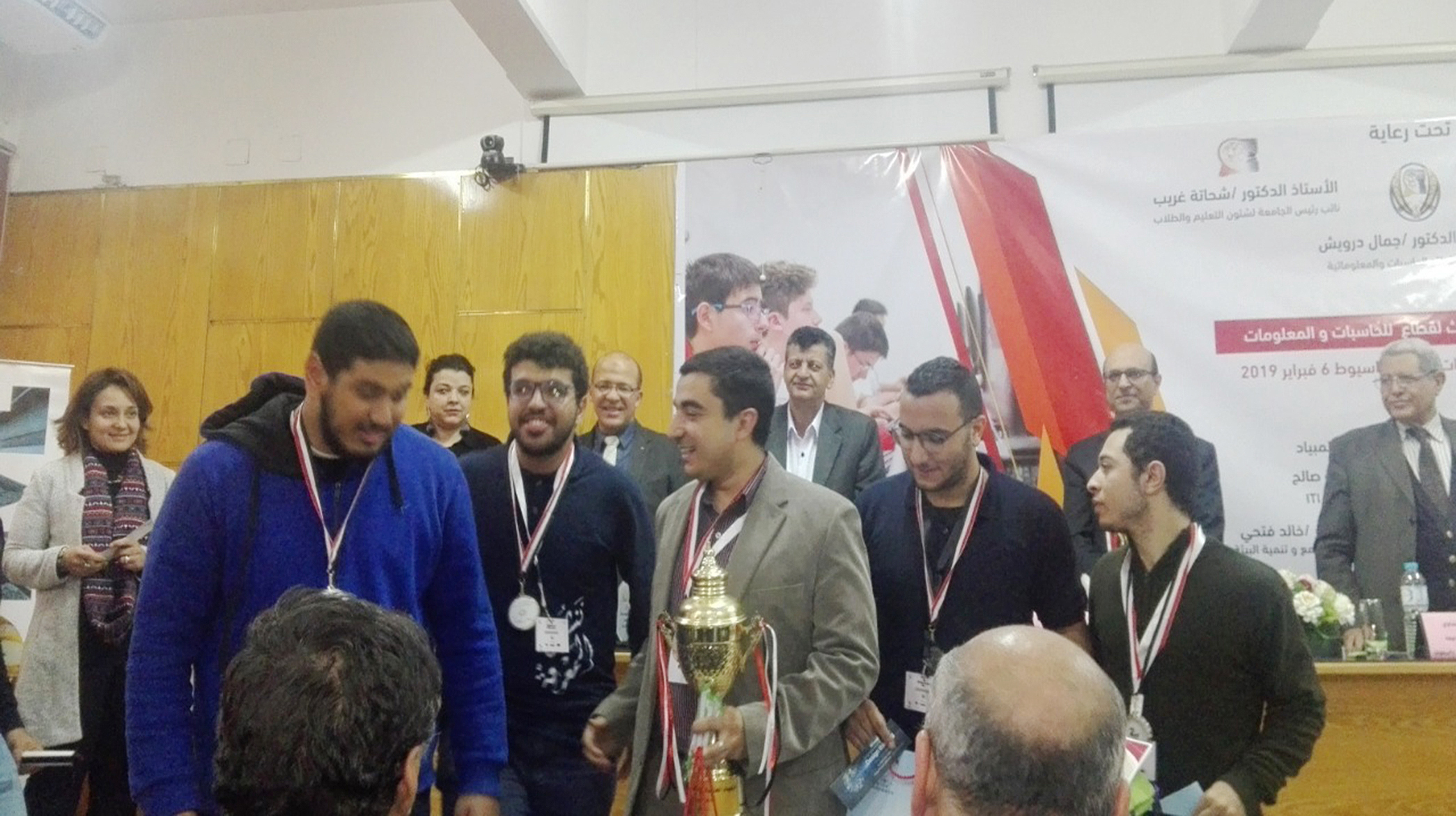 The Faculty of Computer and Information Sciences at Ain Shams University won the second place in the 3rd Olympiad of Computer and Information Sciences, which was held at the University of Assiut on 6th of February, with the participation of 12 faculties of computers and information at the level of the Republic. It is noteworthy that the faculty team was able to solve nine issues equally with the main team of Assiut University, which won first place.

The team won the medals and the Olympic Cup. Prof. Dr. Adnan Bader, Dean of the Faculty, expressed her pride of the achievements of the team which included: Islam Mohsen Mohammed, Mahmoud Medhat Moheisen, Mohammed Ali Abu Al Fadl, Mohammed Ala Eldin Imam Mohammed, Karim Omara (supervisor and leader of the ACM family)

The fifth exhibition for the artist Ahmed Mostafa, entitled "Color Harmonies" of the Distorted Dodecahedron

Next Thursday ... Rania Farid Shawky at the opening of the plastic arts exhibition at the General Administration of Youth Welfare