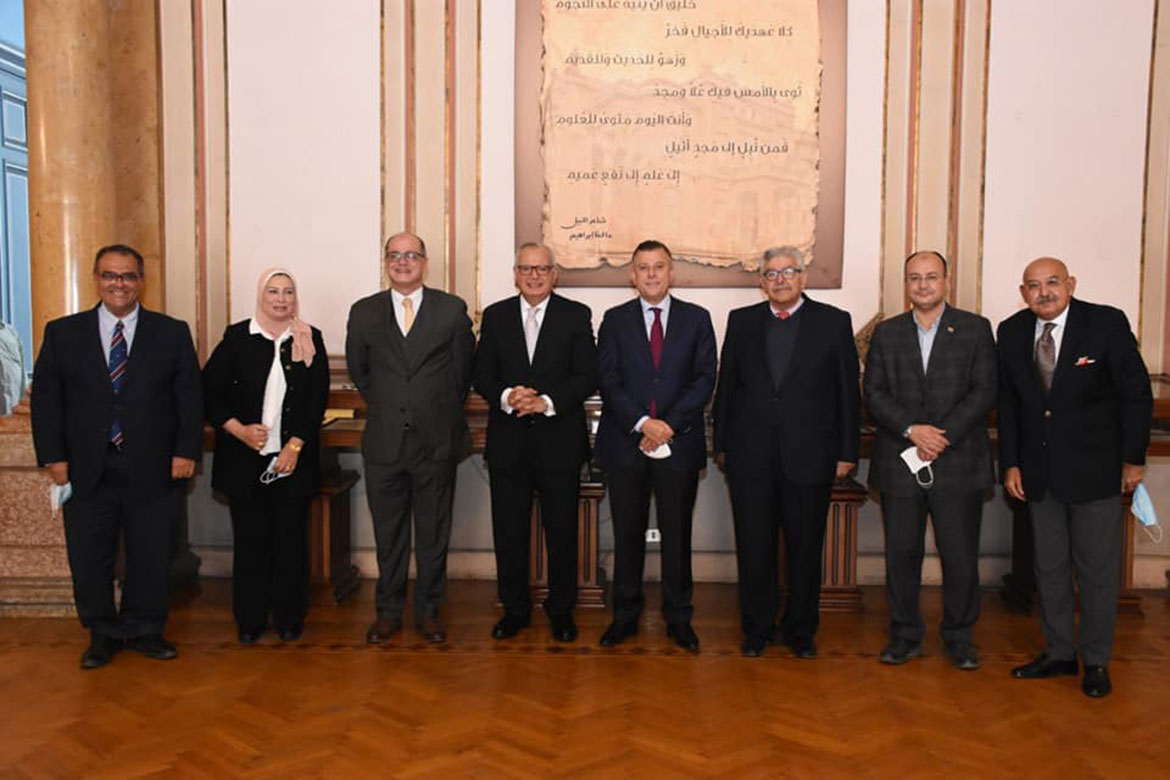 Prof. Dr. Mahmoud El-Metini, President of Ain Shams University, received the former Minister of Foreign Affairs, Ambassador / Mohamed El-Orabi, accompanied by Ambassador Hadi Al-Tunisi, at the Zafaran Palace, in the presence of Prof. Dr. Salwa Rashad, Dean of Faculty of Al-Alsun, prior to the launch of the activities of a symposium entitled "The Global Political Situation in 2021 and Egyptian Foreign Policy," organized by the Community Service and Environmental Development Sector at Faculty of Al-Alsun.

President of the University said that the university is working during the current period to create a new entity bearing the name of international cooperation in cooperation with the Institute of Diplomatic Corps of the Ministry of Foreign Affairs and the Faculties of Business, Law and Al-Alsun, to graduate new students who are able to fulfill the requirements of the state in an outstanding manner in various fields during the coming stage.

The attendees discussed the mechanisms of launching the nascent entity and integrating the various disciplines at the university, in combination with the skills of diplomacy to reach a new generation capable of shaping the features of Egyptian diplomacy in international forums. Especially after continuing in light of the rates of speed of changes around the world that we are witnessing.

El-Metini honored the former Minister of Foreign Affairs, Ambassador / Mohamed Al-Orabi, who handed him the University Shield and Faculty of Al-Alsun Shield, in appreciation of his prominent national and enlightening role.