Successive successes in various fields of Ain Shams University during 2021

Successive successes in various fields of Ain Shams University during 2021

A private university on an area of 192 acres, with a total value of 18 billion pounds

Manufacture of the first robotic nurse during Corona pandemic

The success of the first robotic cholecystectomy in Egypt

Over the past year, Ain Shams University succeeded in achieving more local and regional achievements, which made it among the fourth generation universities.

Under the leadership of Prof. Dr. Mahmoud El-Metini, President of Ain Shams University, the university achieved during 2021 many achievements within a short period, including the signing of a cooperation protocol with the Engineering Authority to build Ain Shams National University at the entrance to the administrative capital of Ain Sukhna Road on an area of ​​192 acres with a total value of 18 billion pounds in three phases.

The university received UNESCO Confucius Prize for Literacy for the year 2021, where the university has taken measures since 2019, which reinforced its winning of this award, which was represented in the university signing a cooperation protocol with the authority on the literacy project, which provided a set of possibilities and incentives with innovative methods and various incentives that bore fruit.

The Faculty of Computer and Information Sciences won the first place in the Government Excellence Award competition, which 450 faculties competed. Prof. Dr. Nagwa Badr, Dean of the Faculty, received the first place shield from Dr. Mostafa Madbouly, the Prime Minister. 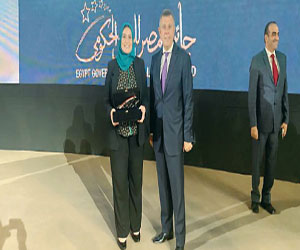 Prof. Dr. Mahmoud El-Metini tested the first robotic nurse from the implementation of a research team at the Faculty of Computers and Information called (Shams), and the idea of the robot stemmed from the conditions imposed by the pandemic and the need to follow preventive measures. 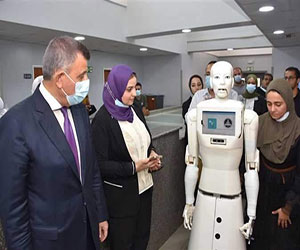 Ain Shams University Center for Muscular and Neurological Diseases succeeded in injecting the first cases within the humanitarian presidential initiative to treat children with spinal muscular atrophy for free.

The university witnessed the success of the first robotic cholecystectomy in Egypt at Ain Shams Specialized Hospital, which allows the surgeon to better see the site where the surgery will be performed.

At a cost of 480 million pounds, Ain Shams University Hospitals celebrated the opening of a number of updates and renovations at El Demerdash Hospital and Ain Shams Specialized Hospital.

The university has made unprecedented achievements at the medical level, as the university finished vaccinating 190,000 members of the university community with vaccines against the Covid-19 virus, through 15 vaccination points spread across campuses, university hospitals, and various faculties. 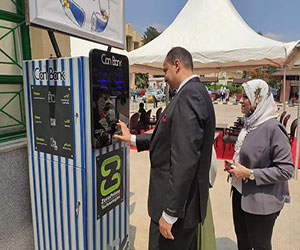 The university has signed many agreements and protocols with: The Arab Organization for Industrialization, the Ministry of Social Solidarity, the Ministry of Endowments, the National Service Projects Organization, the protocol signed between the New Valley Governorate and Ain Shams University (Faculty of Agriculture), the General Authority for Literacy and Adult Education, and Community Partnership with private sector institutions. 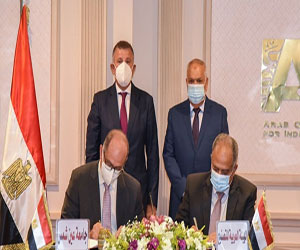 The Graduate Studies and Research Sector at the university has established Ain Shams University Incentive Award, which is granted to outstanding assistant professors, lecturers, assistant teachers and teaching assistants. 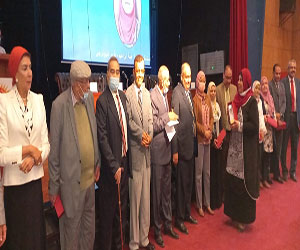 For the second year in a row, 34 distinguished scientists from Ain Shams University are among the Stanford list of the best 2% of the world's scientists.

Ain Shams University, represented by the Faculty of Engineering and the Faculty of Environmental Studies and Research, is also cooperating with the National Authority for Remote Sensing and the Electronics Research Institute in preparing and establishing a (professional diploma specialized in managing environmental crises using the Internet of things and remote sensing), and the regulations for this program are being prepared for approval from the Supreme Council of Universities.

Cooperation with the British Council

In cooperation between the Scholarships Welfare Office and the British Council, it was agreed to organize a set of training courses on the IELTS test for faculty staff in the various faculties of the university.

Automation of the postgraduate studies and research sector

During 2021, the automation of all departments of the Graduate Studies and Research Sector was followed up under the supervision of the work team at the College of Computers and Information.

The University Council agreed to form a committee to prepare a regulation for the protection and regulation of intellectual property rights at Ain Shams University.