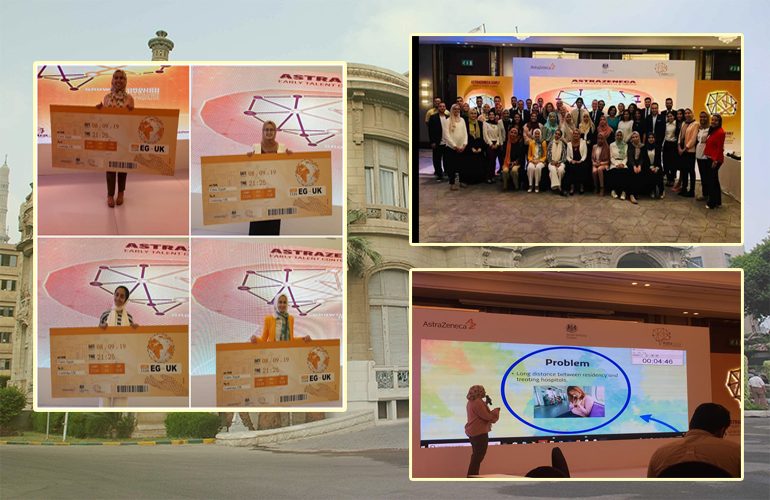 Four students of the Faculty of Medicine at Ain Shams University won the AstraZeneca Award from a total of 11 Egyptian university students who won the competition launched by an international pharmaceutical company sponsored by the British Embassy in Egypt, with the participation of the International Federation of Medical Students Union and the Egyptian Federation of Pharmacy Students.

The winners of the competition were announced at a press conference this morning in the presence of a group of representatives of the British Embassy in Cairo.

The students (Shaimaa Abdel-Alim, Yasmine Abou El-Naga, Nehal Mohamed Farouk and Mena Alaa Diab) were awarded the prize of the organizing company to bear the expenses of travel and accommodation in the English city of Cambridge and visit the Research Development Center there to learn about the latest technologies in the manufacture and development of medicines and new in the field of health care. And therapeutic globally.

The four winners of the competition have created an application to help children with cancer and their families, as well as a college bracelets capable of saving the bearer in the event of a sudden illness.