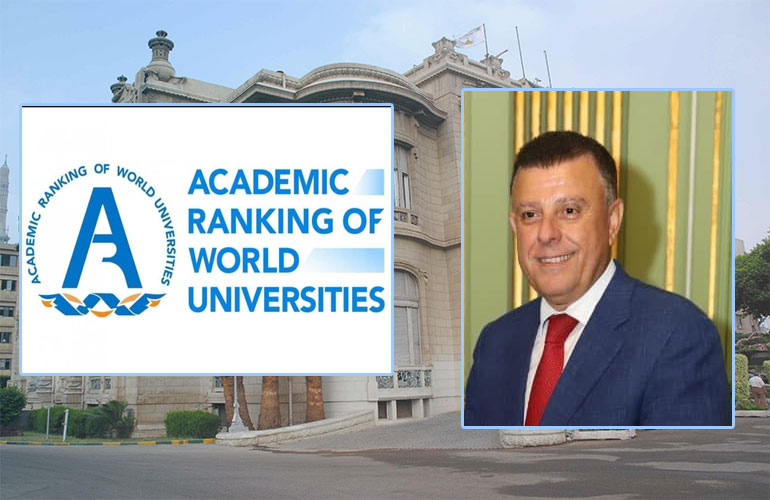 Prof. Dr. Mahmoud Shawky El-Metany, President of the University, announced that it has succeeded in maintaining its position among the best 1000 universities in the world and second place in the level of Egyptian universities, according to the report of the academic classification of the universities of the world known as the 2019 Shanghai Academic Ranking of World University, which is considered the strongest and most famous ranking in the world ranking in universities.

* Number of Nobel laureates, whether through study or teaching.

* The volume of studies and research published in the journal "Nature", in which Ain Shams University ranked first

* The percentage of reference to that research and the university in the media and scientific journals, in which the university made a 69% progress according to the Google index of scientific citations during the first half of 2019.

* The ratio of reference to researchers in the last five years.

For his part, Prof. Dr. Abdel Nasser Badawy Sengab, Vice President for Graduate Studies and Research, confirmed that Ain Shams University has relied heavily in its competition within this classification on the success of the University of successive achievements in the fields of scientific research, where the number of scientific citations during the first half of this year 144995 compares with 44733 scientific citations in the last half of 2018. This confirms the keenness of the university's graduate and research sector to continuously strive to promote the university's international reputation in various research and scientific fields.

Prof. Dr. Abdel Fattah Saud, Vice President for Education and Student Affairs and General Supervisor of the University's international classification stated that Ain Shams University has retained its position for the third year in a row in this classification, where it ranked 701-800 since entering the classification for the first time in 2017. This ranking is based primarily on the number of Nobel laureates; the university competes strongly to remain among the top 1,000 universities in the world.

In a related context, Dr. Ahmed Al-Banna, Director of the International Classification Office at the University, pointed that the achievement of the University in the classification of Shanghai was not only at the level of the university as a whole, but at the level of different scientific disciplines, the university appeared for the first time in three new areas Clinical Medicine - Energy Science and Engineering).  In addition to maintaining the fields (Chemical Engineering - Electrical and Electronic Engineering - Pharmaceutical Sciences)