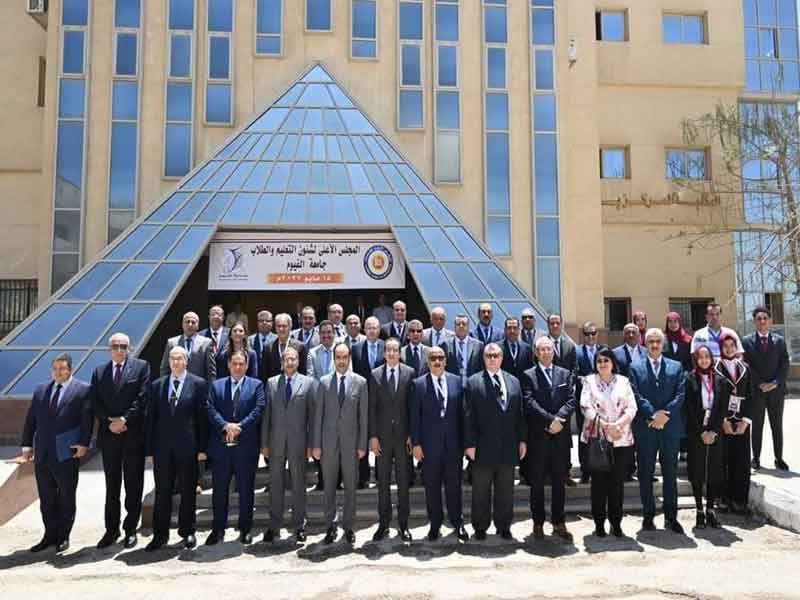 At the beginning of the meeting, the council thanked the family of Fayoum University for hosting the activities of the council meeting, praising the university’s performance in organizing the eighth summit for ideal students at the level of Egyptian universities, which was held during the period (14-18) this May, with the participation of 8000 students from 17 universities , to compete in many creative fields, which, during its activities for the first time in Egyptian universities, witnessed the launch of the initiative of Goodwill Ambassadors for Presidents and Representatives of the Egyptian Universities Union, entitled (Students are able to differ); With the aim of supporting students of determination and integrating them into society.

On his part, Dr. Muhammad Latif, the importance of the forum in developing students’ creative skills, pointing out that the students participating in the forum’s activities represent Egypt’s hope and its bright future. He explained that during the current period, the participation of exemplary students at the level of Egyptian universities in many student activities during the coming period will be discussed; To take advantage of their outstanding abilities and skills.

Latif added that this forum also supports the level of loyalty and belonging among students, and raises their awareness of the great achievements of the Egyptian state, especially in the field of combating corruption.

The report indicated that the council discussed a report submitted by Dr. Taya Abdullatif, Advisor to the Minister for Student Activities, on the most important activities that have been implemented, and the future plan for the year 2022/2023, including the implementation of camps to work on improving desert areas during the summer vacation, and holding summit competitions, including: (Scouting Session 31 at New Valley University, University Youth Week Assiut University, People of Determination Week at Ain Shams University) in addition to implementing a number of activities aimed at spreading societal awareness among students, and addressing the following topics: (the concept of loyalty and belonging to the homeland, fighting rumors, fighting corruption, eliminating addiction). 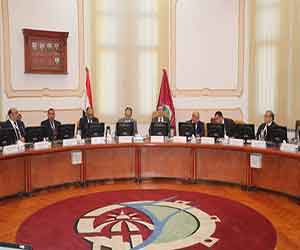