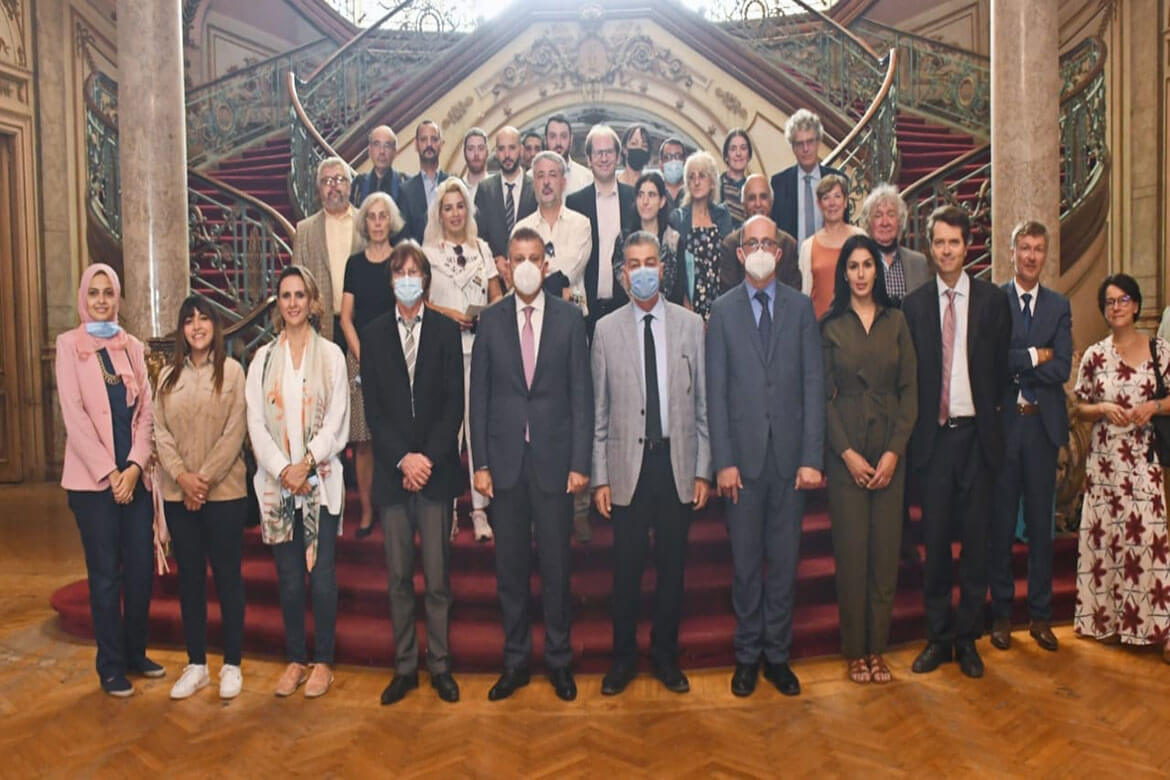 Prof. Dr. Mahmoud El-Metini, President of Ain Shams University, Prof. Dr. Ayman Saleh, Vice President for Graduate Studies and Research, received several members of the French Association Méditerranées, participants in the association’s annual conference hosted by the Faculty of Arts at Ain Shams University from October 31 to November 2 on the thirty-year anniversary of the establishment of the association.

The delegation included Professor Jacques Bouineau, President of the French Association Méditerranées, Prof. Dr. Hassan Abdel Hamid, Dean of the Faculty of Law at the British University, Professor of Philosophy of Law at the Faculty of Law, Ain Shams University and Vice President of the Association, and a number of members of the French Association Méditerranées, which was established in 1991 at the University of Paris (10) and its headquarters The current one at the University of La Rochelle, and is interested in the historical and philosophical study of the civilizations of the Mediterranean, especially the legal aspect in them, and includes members from all countries of the Mediterranean.

Where the delegation toured the Saffron Palace, the main administrative headquarters of Ain Shams University, and memorial photos were taken. With the initials of the 1936 treaty, and the signing of the Charter of the League of Arab States in 1945, the palace has also witnessed many conferences throughout its history.