In the presence of Mehleb and Al-Okdah, the University of Ain Shams Board of Elders discusses the university’s land investment in El-Obour 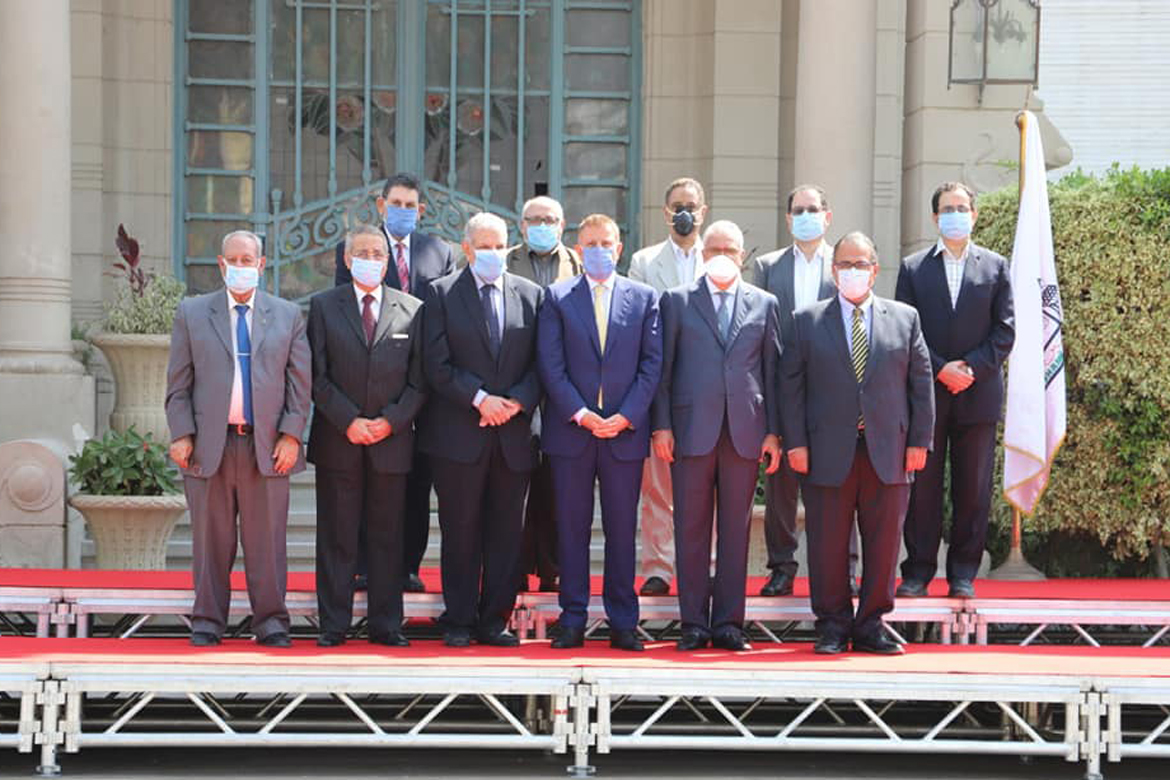 In the presence of Mehleb and Al-Okdah, the University of Ain Shams Board of Elders discusses the university’s land investment in El-Obour

Ain Shams University, headed by Prof. Mahmoud El-Matiny, President of the University, held the Council of Wise Men of Ain Shams University in the presence of Eng. Ibrahim Mahlab, former Prime Minister, Dr. Farouk El-Okda, Deputy Prime Minister and former Governor of the Central Bank, a. Dr. Ayman Ashour, Advisor to the Minister of Higher Education and Scientific Research for University Affairs, a. Dr. Nazmi Abdel Hamid, Vice President of the University for Community Service and Environmental Development, a. Dr. Abdel Nasser Sinjab, Vice President for Graduate Studies and Research, a. Dr. Abdel-Fattah Saud, Vice President of the University for Education and Student Affairs and gentlemen, former university presidents, they are: Dr. Abdel-Wahab Abdel-Hafiz, a. Dr. Mohamed Awad Taj Al-Din, a. Dr. Saleh Hashem, a. Dr. Ali Al-Abed, Dr. Ahmed Zaki Badr, a. Dr. Abdel Wahab Ezzat, a. Dr. Khaled Qadri, Dean of the Faculty of Commerce, Dr. Nagy Abdel-Mumin, Dean of the Faculty of Law, a. Dr. Omar Al-Husseini, Undersecretary of the College of Engineering for Community Service and Environmental Development and members of the engineering, financial and legal committees, to discuss investment avenues for the university branch in El-Obour City.

Dr. Mahmoud El-Metini reviewed the previous decisions since the allocation of land to the university in the city of Obour and the procedures and decisions that occurred during the previous periods that resulted in the Valley of the University for learning and innovation, and his Excellency explained that three engineering, financial and legal committees were formed in order to develop a complete vision of the project, and indeed it was done Establishing a number of feasibility studies after communicating with a number of specialized international offices.

Engineer Ibrahim Mahlab, former Prime Minister, expressed his happiness at being in Ain Shams University, one of the giant edifices of science in Egypt, the Middle East and the world. He also expressed his strong support for this giant project that will benefit Egypt and put it in the ranks of developed countries, explaining that this is not new to an ancient university. Like Ain Shams University, his Excellency stressed the need for a national contribution to the feasibility study, which contributes to reducing costs, benefiting the local authorities to participate in such huge projects. Dr. Farouk El-Okda, former governor of the Central Bank, recommended that a quick financial study be prepared for the project.

Prof. Dr. Muhammad Awad Tag Al-Din demanded the necessity of having more than one offer of partnership with other parties to maximize the financial return of the university.

As Prof. Dr. Khaled Kadri, Dean of the Faculty of Business, presented the financial regulations for the project. He also explained the proposed regulations that were developed as a vision to establish the project through external companies.

Prof. Dr. Omar Al-Husseini, vice-dean of the Faculty of Engineering for Community Service and Environmental Development Affairs, presented a plan for the establishment of the Ain Shams University branch, explaining what had been done to ensure the proper exploitation of spaces in a distinct modern fashion.