After winning for three years in CFA competition, Ain Shams is preparing the team participating in the competition 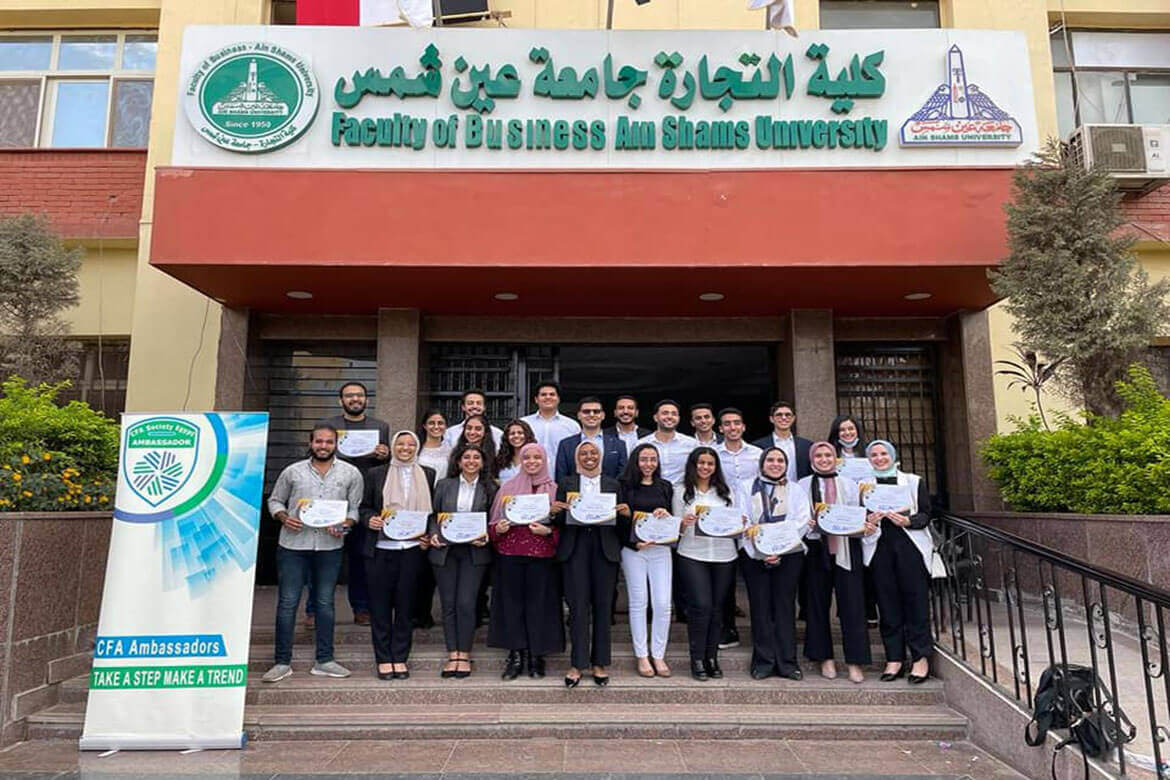 After winning for three years in CFA competition, Ain Shams is preparing the team participating in the competition

Under the auspices of Prof. Dr. Mahmoud El-Metini, President of the University, Prof. Dr. Abdel Fattah Saoud, Vice President for Education and Student Affairs, Prof. Dr. Ayman Saleh, Vice President for Graduate Studies and Research, Prof. Dr. Khaled Kadri, Dean of the Faculty of Commerce, Prof. Dr. Haiam Wahba, Vice Dean for Graduate Studies and Research Affairs and the official supervisor of the CFA team at the Faculty of Business, Ain Shams University, said that the selection of the team that will represent the Faculty of Commerce and Ain Shams University in the research competition for financial analysts held by the Chartered Financial Association (CFA) for the year 2022 has been completed. .

The selection process went through five stages, the first of which was the announcement of the opening of registration for the competition, where 156 students applied. After examining the applications for candidacy, 102 students underwent the second stage, which is personal interviews, which led to the qualification of 28 students for the third stage, which is a qualifying exam for the contestants in the English language. Financial Accounting, Financial Management and Economic Analysis, during which 24 students succeeded, and were able to reach the last stages, which is the organization of an internal competition that is a simulation of the official competition CFA Research, which was held inside the college with the participation of experts specialized in financial assessment and analysis, during which the students were divided into 4 teams so that each team consists From 6 members who competed together through training for the actual competition to select the team participating in the official competition.

Concerning the research competition for financial analysts CFA, Prof. Dr. Hiam Wahba indicated that it is a voluntary activity, and it is the most important international research competition in the field of finance and investment organized by the CFA Institute, where universities from around the world compete to choose the best university team that performs a financial analysis of companies.

Ain Shams University, represented by the Faculty of Commerce, is the only Egyptian university that has won the competition three times before and represented Egypt in the regional competitions for Europe, the Middle East and Africa that were held in London, Dublin and Zurich during the years 2013, 2018 and 2019.

It was directed by Prof. Dr. Haiam Wahba thanked the senior management of Ain Shams University, which is keen to support various student and research activities that refine students' skills to make them more competitive in the labor market.