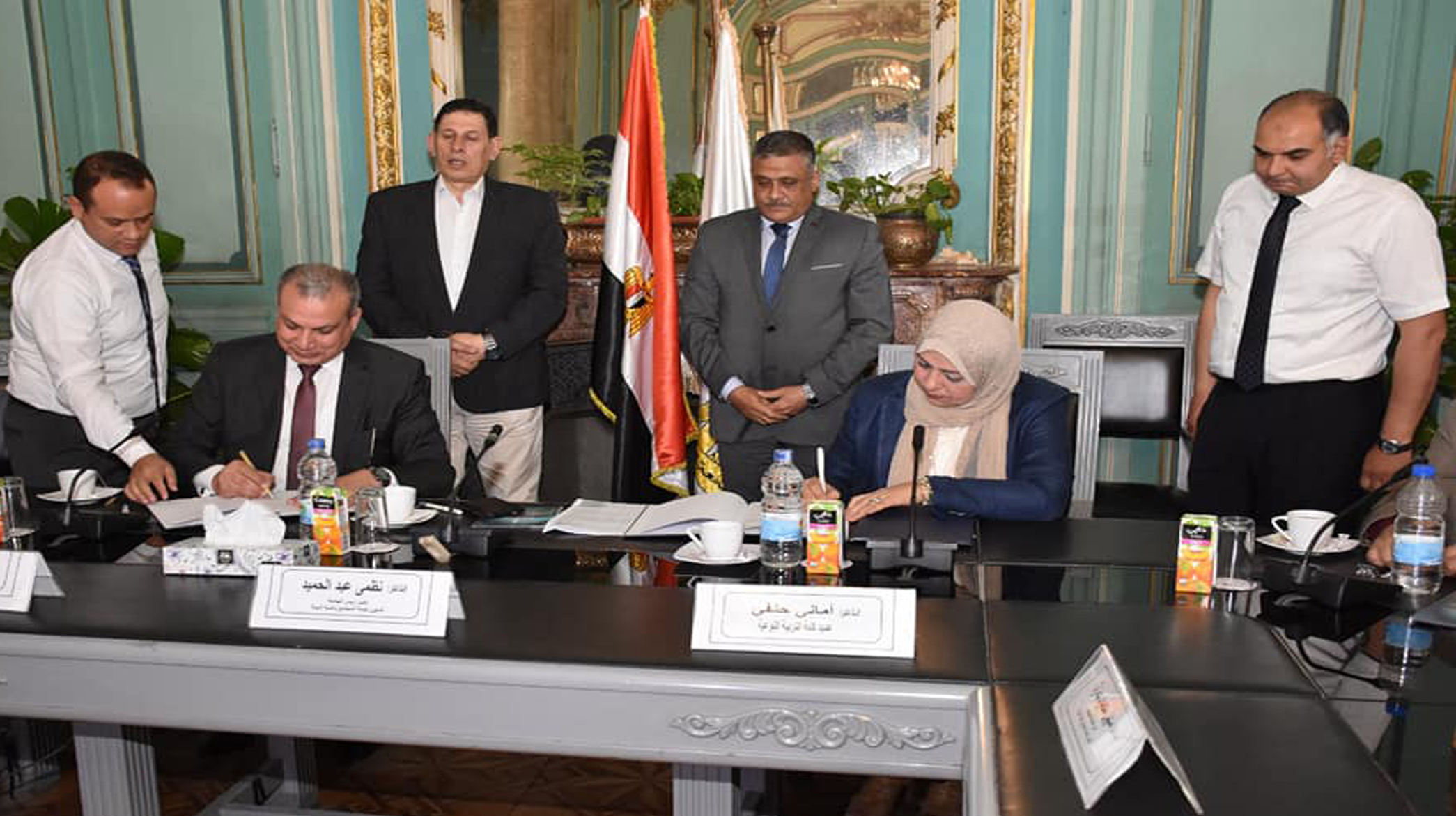 Prof. Nazmi Abdul Hamid, Vice President for Community Service and Environmental Development, and Prof. Dr. Abdel Nasser Sengab, Vice President for Graduate Studies and Research, witnessed signing the protocol of Ain Shams University's participation in the development and beautification of informal settlements. The protocol includes cooperation between the Faculty of Specific Education and the Development Fund for Slums. Where Prof. Dr. Amani Hanafi, Dean of the Faculty of Specific Education and Eng. Khalid Siddik, Executive Director of the Development Fund for Informal Settlements, signed the protocol.

Prof. Dr. Nazmi Abdel Hamid, Vice President for Community Service and Environmental Development, said that the protocol comes from the political leadership's direction to see Egypt without slums and to beautify the civilized face of the establishments to appear worthy of the reputation of Egypt internationally and locally and to introduce the world to Egyptian civilization.

From his part, Eng. Khalid Siddik expressed his pride and happiness in signing this protocol with Ain Shams University, praising the efforts of the university and the Faculty of Specific Education, especially in Asmarat, which presented a message of appreciation, respect and beauty to all residents of the region. Professional.

The protocol includes participation in the beautification of informal settlements, cooperation in the fields of beautification and decoration of areas and places that are developed or the transfer of residents of slums to give them an aesthetic touch.

At the end of the meeting, the two sides exchanged shields and certificates of honor.