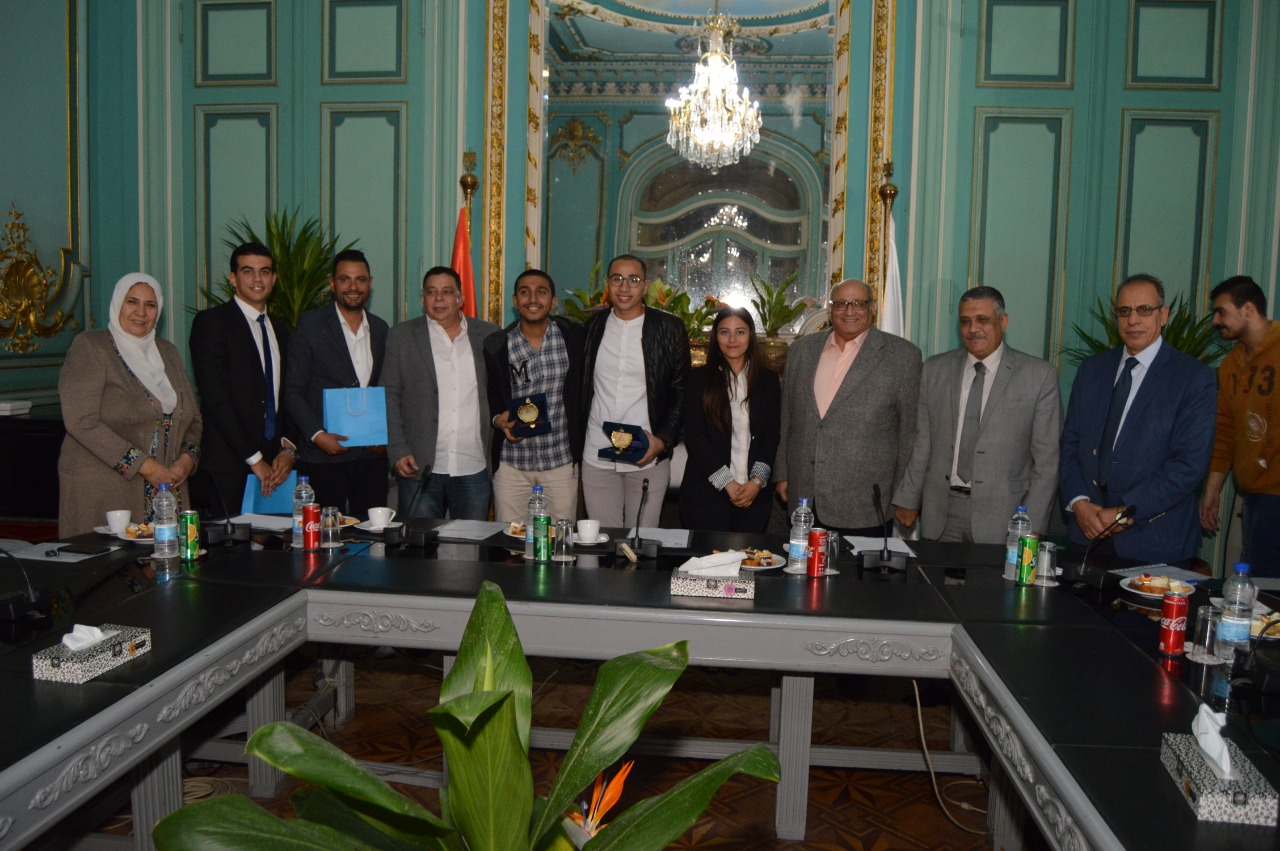 The decision comes in response to the recommendations of the 2018 World Youth Forum, which was held at its second session in Sharm El-Sheikh.

During his speech at the opening of the first session, Prof. Dr. Abdul Wahab Ezzat confirmed that students take leadership positions through the Student Union is a great responsibility and requires more effort to serve their fellow university students.

He also stressed the importance of teamwork, cooperation and spreading the spirit of the team within the entire university system to achieve the first goal of the student union to be the link between the students and the university administration.

He also pointed out the importance of communication with the former student union to benefit from his experiences and to find out what has been accomplished and complete the process of giving to serve the university students.

Prof. Dr. Nazmi Abdel Hamid stressed the support of the university administration for all student activities in order to qualify them to participate positively and effectively in the community and to graduate cadres trained and able to advance the development of society.

He also pointed out the importance of expanding the circle of participation in student activities among all university students through the seven committees of the Federation, in order to develop the skills and abilities of students and to provide them with the opportunity to present their talents in various fields.

Mr. Samir Abdul Nasser announced the start of preparations to organize a student festival to celebrate the Council of the new Union and the definition of students and its members and the announcement of the plan of student activities to be implemented and how to participate, on December 16.

The meeting was held in the presence of members of the Higher Committee for the supervision of the elections of student unions, composed of Prof. Dr. Abdul Wahab Gouda Professor and Head of the Department of the Faculty of Arts, Mrs. Sahar Megahid Director General of the General Directorate of Youth Welfare, Mr. Ibrahim Saeed General Coordinator of Student Activities and Mr. Tarik Ahmed Director of Families and Student Unions.

During the meeting, the students Osama Al-Morshedi and Omar Yakoub, president and vice president of the student union in the last academic year, were honored.