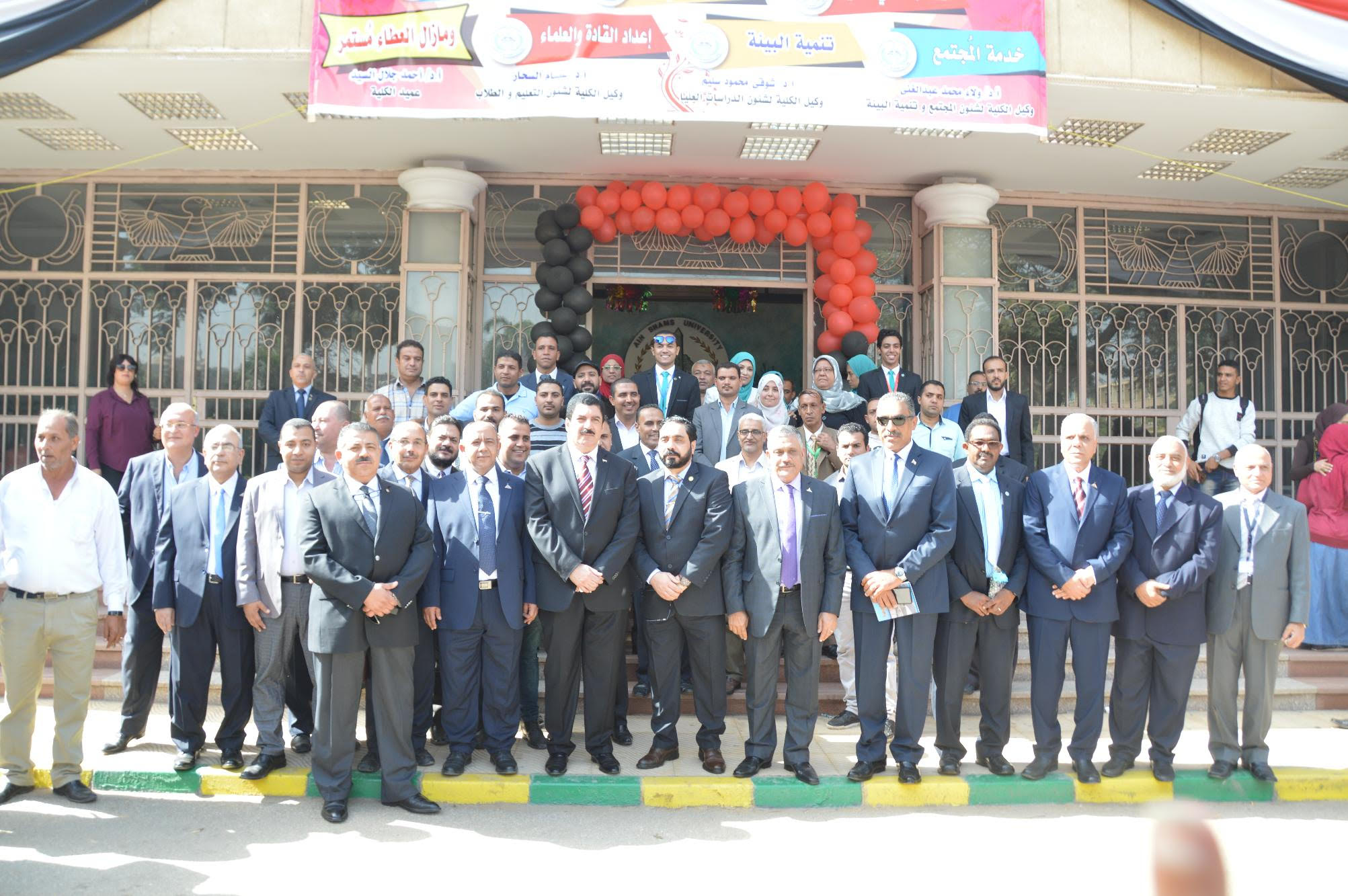 The celebration started by the republican peace song of the Arab Republic of Egypt, followed by an inspection tour during which the governor inspected the museum's memorial museum, which included photographs of the beginning of the faculty and photographs of all the professors who had been the dean since the royal era. Then moved to the palace of Mohammed Ali in 1963 until now, and the film included a presentation of the laboratories and classrooms and production units in the faculty in addition to the artistic and sports activities.

The governor opened the faculty exhibition, which included many inventions and innovations for various departments.

For his part, Prof. Dr. Alaa Abdel-Halim, Governor of Qalioubia, stressed his confidence in the scientists of the Faculty of Agriculture and called for cooperation between them and the governorate of Qalioubia for the development of livestock and agricultural resources in the governorate. He pointed out that graduates of the Faculty of Agriculture are the nucleus of small and medium enterprises to benefit the society and hope for Egypt's return to leadership in agriculture.

He praised the boarders of the Faculty of Agriculture spread where the faculty is located under the jurisdiction of three provinces are Al Behera, Cairo and Qaliobia, pointing out that it is a leading faculty with its borders, history and scientists.

According to Dr. Mahmoud Attia, deputy of the Shubra Al-Kheima Department said he was proud of the existence of the faculty in his department and that he was ready to receive any suggestions from the Faculty of Agriculture scientists to issue decisions that serve agriculture in Egypt. Prof. Dr. Nazmi Abdel Hamid, Vice President for Community Affairs, explained that the Faculty of Agriculture participated in the 2030 Egyptian agricultural strategies in addition to its contribution in supporting scientific research in Egypt. He stressed that the agricultural system in Egypt is undergoing a major crisis.

Dr. Hussein Gadine congratulated the Faculty of Agriculture in its celebrations. He added that FAO supports research centers and institutions such as the Faculty of Agriculture, Ain Shams University, with the aim of developing food security in the world, especially in the Middle East, where about 40,000 people suffer from hunger due to conflicts and climatic changes. Stressing that this requires the scientists of Egypt in the field of agriculture to cooperate together to eliminate this phenomenon.

Prof. Dr. Ahmed Galal called in the beginning of his speech to stand a minute of mourning for the professors and scientists of the Faculty of Agriculture who have left our world.

Galal pointed out that the Faculty of Agriculture signed since its inception to date 19 protocols of cooperation with scientific institutions inside and outside Egypt, where he praised the role of the faculty in public work, pointing out that it graduated 11 ministers and 18 university presidents. Prof. Dr. Amani Osama is acting as the Vice Dean of the Faculty of Pharmacy for Community Service and Environmental Development